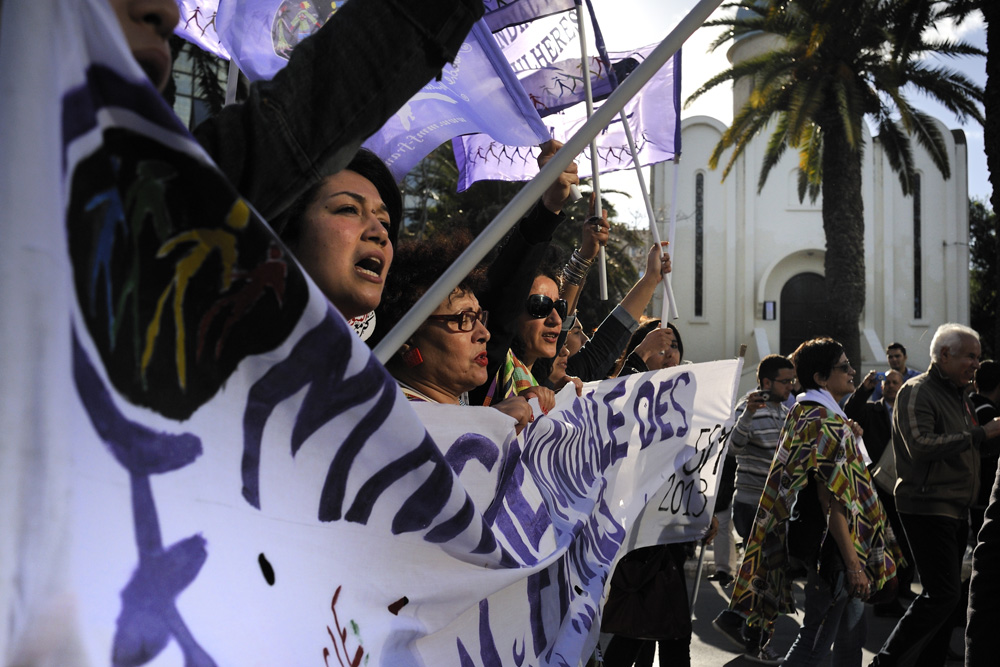 2020 is the year in which we celebrate 20 years of our history as an international movement. The 5th International Action of the World March of Women is a call to confront, from the perspective of women’s struggles, the progress of extreme right forces that articulate conservatism and neoliberalism, attacking life and democracy. We invite feminists around the world to participate in this journey, from March 8 to October 17, 2020. We resist to live, we march to transform!

See here the text of our call to the 5th International Action.

Our International Action starts at the International Day of Women’s Struggle. In each country and territory where we are organized, we will mark the presence of the WMW and launch the action in the streets and in our networks. That 8th March will mark 20 years since the March inaugurated the construction of an international feminist movement, against poverty and violence.

We join the struggles of Palestinian, Kurdish, Kashmiri, Saharawi, Basque, Catalan and many other women around the world fighting for existence in their territories. The World March of Women stands for the right to self-determination, against militarization and war. March 30th is in our international calendar as the day to give visibility to the struggle for the self-determination of peoples.

The 24 hours of Feminist Solidarity are focused on the struggle against transnational corporations, in connection with the memory of the day that the Rana Plaza building collapsed, in 2013. We will condemn the advance of corporate power, which makes life precarious, deepens inequalities and destroys nature, while trying to co-opt and weaken the agenda of feminist struggles. Between 12 noon and 1pm in each country, the March will be demonstrating its solidarity around the world,combining popular education and actions of denunciation.

Convened by the International People’s Assembly and various organizations from around the world, the Anti-Imperialist Days will be a key moment to confront the rise of the extreme right. Women are part of the resistance against imperialism in all its forms in our countries, in our territories and in our bodies. On Anti-Imperialist Day we will strengthen the commitment to build alliances with social movements from the perspective of women’s self-organization. On this date, in each country, we will build joint actions and/or carry out activities called for by the World March of Women.

The closing of the 5th Action would be an international activity with representatives of the World March of Women from all over the world on the border between Guatemala, Honduras and El Salvador, in the Americas. But as the Covid-19 pandemic spread, it made impossible to travel and to make street demonstrations with women from all over the world. Now we are preparing a decentralized closing from 12 to 17 October:

On October 12th and 13th, we will carry out the pilot of the Feminist School in a virtual format, which is being organized in collaboration with the World March of Women, Grassroots Global Justice (GGJ), Grassroots International (GRI) and Indigenous Environmental Network (IEN).

From October 12th to 16th, we will publish documents, videos and other activities carried on by the regions, virtual or face-to-face. Each day will be dedicated to one of the regions where the WMW is organized. We will analyze the current reality of each region, actions against the pandemic and alternatives under construction, as well as reflections on the issue of transnational companies and migration. The regions will organize themselves to produce a text and videos on the local situation and the actions of the World March of Women.

On October 17th, we will once again celebrate 24 hours of Feminist Solidarity. The action will be virtual and, when possible, on the streets. We will emphasize our program for the sustainability of life, of the feminist economy and in dialogue with other counter-hegemonic economies (peasant, solidarity, ecological).

We do not want to go back to what was called “normal”. We need a fair recovery, based on solidarity, that addresses the systemic causes of the pandemic. Therefore, at the end of the 5th International Action, we will prioritize the issue of feminist alternatives, from the point of view of the feminist economy, and the responses that we have been building for years. We will also continue to criticize and denounce transnational companies and the causes and consequences of migration. 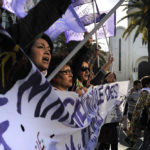 2020 is the year in which we celebrate 20 years of our history as an international movement. The 5th International Action of the World March of Women is a call to confront, from the perspective of women’s struggles, the progress of extreme right forces that articulate conservatism and neoliberalism, attacking life and democracy. We invite ...
Read more 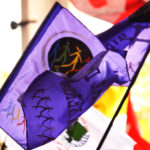 Every 5 years, an international action of the World March of Women brings us together and mobilises us, connecting our local organisational processes and struggles to the international strength of feminism in movement. Our international actions are moments for constructing and expressing our political syntheses articulated at the local, regional and international level, which present ...
Read more