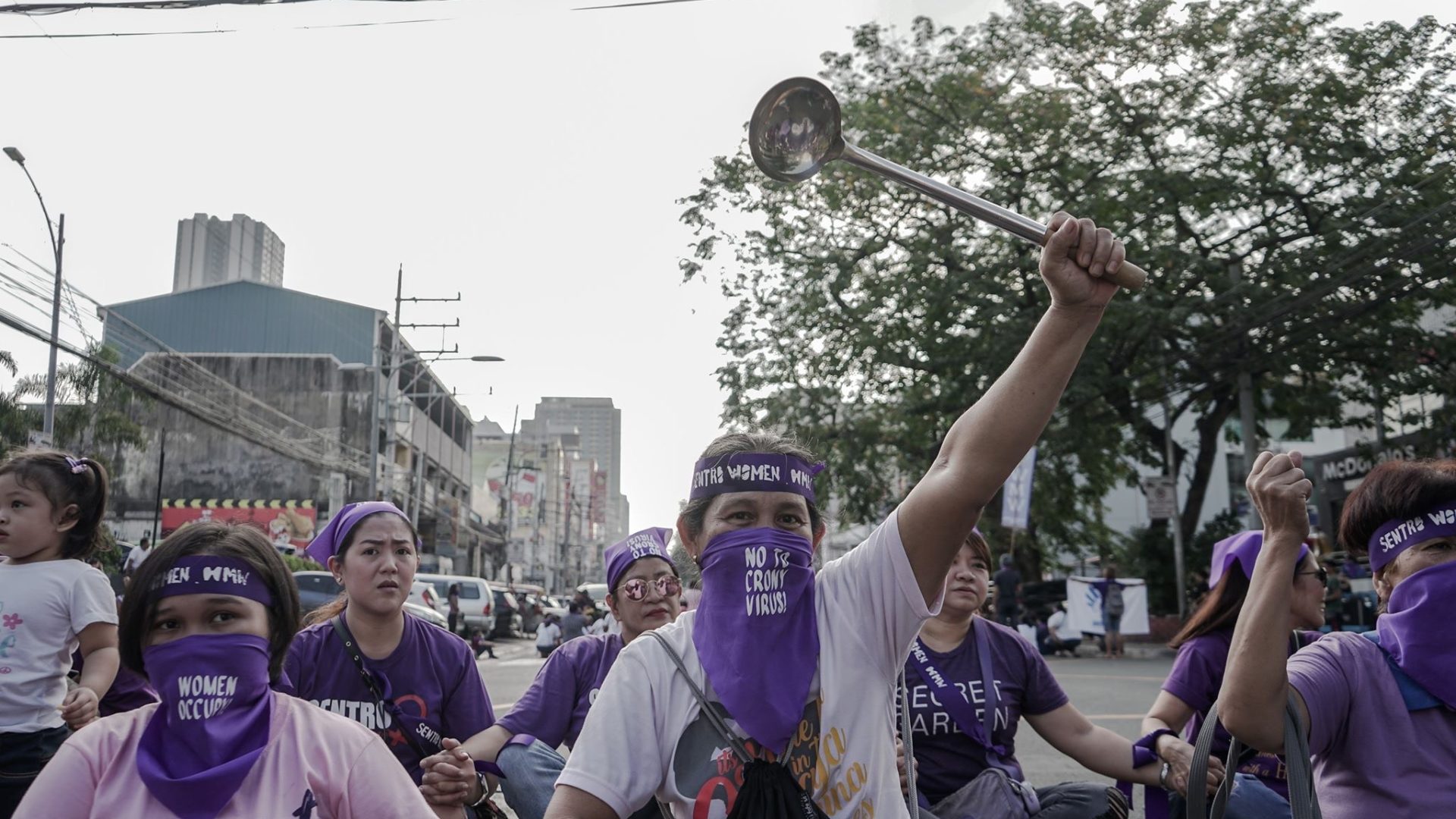 This is the page about the activities of the Asia and Oceania region at the closing of the 5th International Action of the World March of Women.

Pakistan fights against debt and its burden on the people

In the Global Week of Action 2020 for the Cancellation of Debts (10-17 October), CADTM-Pakistan and Global March of Women (WMW) Pakistan conducted a set of activities. The GWA was kicked start today with a press briefing in Lahore to release the open letter to Pakistan’s Prime Minister, Imran Khan, demanding him to purse the cause of Debt Justice and the cancellation of Pakistan’s debt instead of short term debt relief.

“To our understanding this is high time to stop further borrowing from IFIs [international financial institutions] and focus our on-going efforts towards comprehensive debt relief. We are really concerned about the recent loaning of $1.5 billion from IMF under Emergency Fund. Under this scenario, in next 20 months (Nov 2020 to June 2023) Pakistan would be paying back the due amount of around $ 27.8 billion to the creditors including major amount of $19.4 billion IMF, World Bank, Asia Development Bank and China (CPEC loans).

Prime Minister! Who knows better than you that indicators of severe debt crisis were already there in Pakistan much before outbreak of COVID-19 Pandemic? The COVID-19 has merely served as detonator of this crisis and not its cause. After years of years neo-liberal offensive, Pakistan debt burden is now unstoppable, pushing the country into perfect debt trap. (…) We intend to bring in your notice that working classes have been forced to bear the brunt of the burgeoning debt in the shape multiple governments steps; hike in energy prices, inflation, joblessness and privatization of state services.”

The seminar was held with young feminists from rural and urban areas. They talked about the three waves of feminist movements and their characteristics and tendencies in Pakistan, as well as the WMW 20-year journey of linking feminist struggles across the globe.

Young women in Pakistán are negotiating for their rights and redefining roles despite resistance in their homes and the state institutions. They expressed their solidarity with domestic workers, home based workers, industrial workers and peasant women.

Other activity was a webinar WMW and CADTM jointly organized on the topic of “Asia Chaining into Debt-Challenges & Strategies” on 14th October. Experts from Pakistan, India, Sri Lanka, Nepal, Canada, Germany and Bangladesh participated. The impacts of COVID-19 on working classes and women, social and health measures were discussed. South Asia Collectives and regional efforts through social movements was the take away at the end of two-hour well attended webinar.