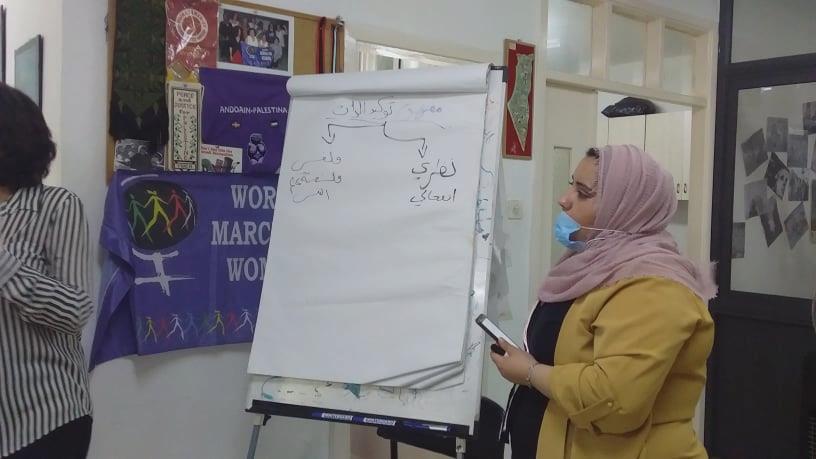 This is the page about the activities of the Middle East and North Africa (MENA) region at the closing of the 5th International Action of the World March of Women.

Sisters from the Middle East and North Africa region held an online meeting to discuss the situation of women and land in the various countries of the region. In the territories of Kurdistan, Lebanon, Morocco, Palestine, Tunisia, oppression against women and their people takes the form of apartheid and colonization, restriction of political rights and citizenship, forced displacement and urban property speculation — the case of Lebanon, after the explosion in Beirut.

The women spoke of their resistance, the right to self-determination, and their collective struggles. The lecture was recorded and will be published soon, in English and Arabic.