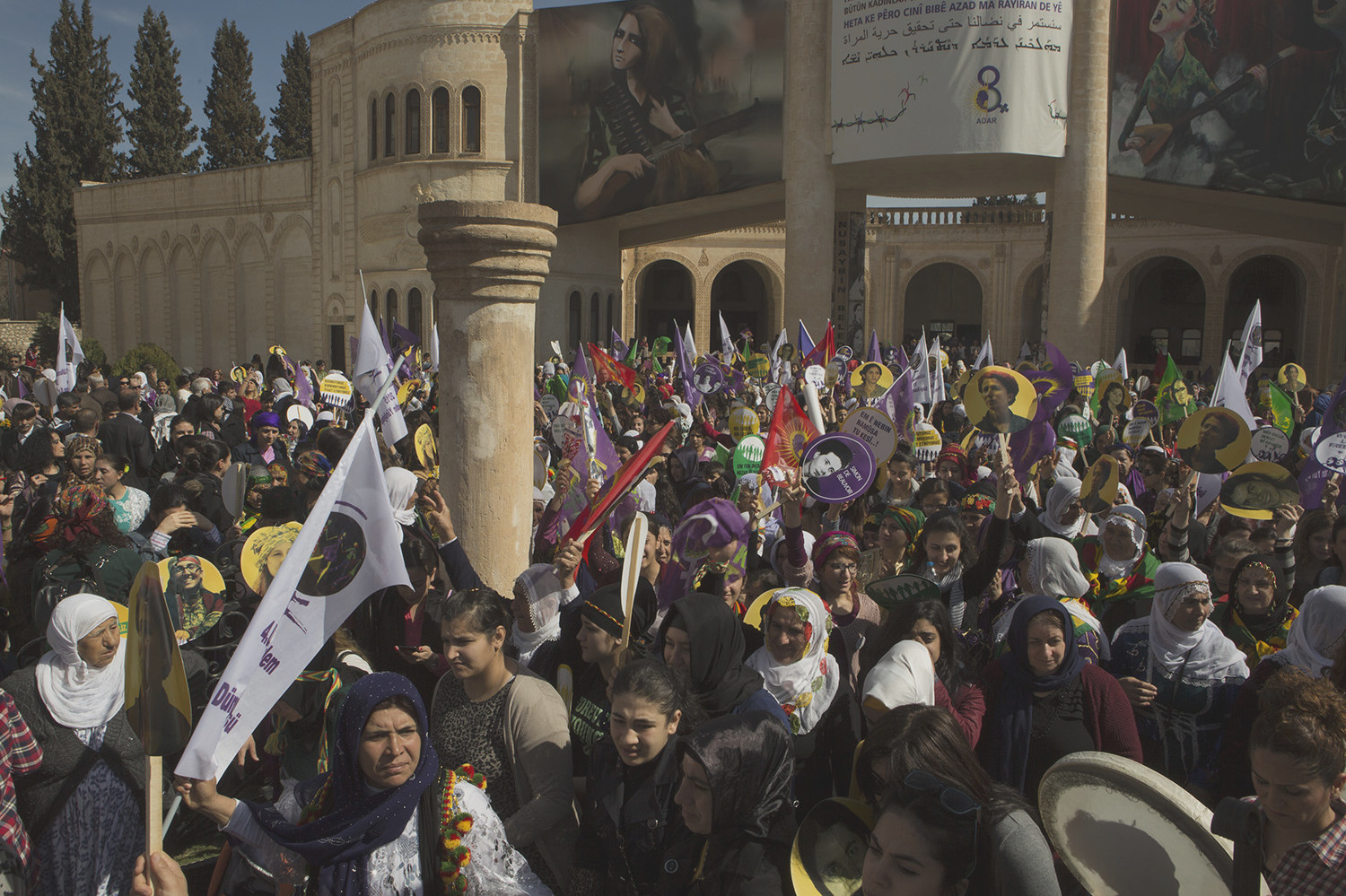 Conflicts are not all alike: there are colonial conflicts (England in India and East Africa, Middle East, etc; France in Algeria, West Africa, etc); aggression conflicts (Germany against Belgium, Russia, etc in 1939); occupation conflicts (Israel in Palestine, etc.); religious fundamentalist conflicts (among different creeds, or different currents within a same creed), such as communalism[1]; conflicts orchestrated by dictators against their populations (Batista in Cuba, Pinochet in Chile, Marcos in the Philippine Islands, etc). Many conflicts are justified to the outside world as ethnic conflicts between tribes or groups within a country or region, while the true economic reasons remain hidden. In reality, many conflicts are lucrative / economic conflicts (Iraq, African Great Lakes region, etc) provoked in order to control natural resources (petrol in Iraq, coltan for mobile phones in the African Great Lakes region) and the riches they promise, and to bolster the arms, private militia and homeland security industries.

The list of armed conflicts is immense, but they are differentiated between those that are given extensive media coverage[2] – Afghanistan, Colombia, Darfur, the Great Lakes region, Iraq, Palestine – and those that are forgotten: Basque Country, Central African Republic, Chad, Cyprus, Haiti, Mexico, Uganda… We also need to take into account the countries that are involved in conflict at a distance, due to their commercial interests and the sale of arms, such as Britain, China, France and the United States, etc.

War, conflict and militarisation are expressions of violence made natural within the patriarchal and capitalist systems, and the means used by these systems to maintain their dominance[3]. Moreover, militarisation reflects the division of roles within patriarchy: the concept of masculinity is associated with violence and arms, which is reflected in the idea that women need the protection of men and of the army.

It is the military institution that contributes in various ways to the training of young men to occupy the dominant position in society (in the hierarchy of social relationships between the sexes). The army can be considered one of the most strongly patriarchal organisations of any society and one of the most revealing with regards to the inequality that characterise men-women relations: hierarchy of power, the “chief” cult and his domination, obedience, physical violence, absence of critical spirit, a closed circle of “boys”, etc. This model of masculinity associated with strength and aggressiveness is a growing reference for young people, and often unites with racism in the formation and joining of gangs.

Within the capitalist and patriarchal systems, economic elites act within the State in different ways – especially through governments at their service – to maintain their control of peoples and of women. They achieve this through increasing repression; by strengthening the police forces and infiltration and the adoption of zero-tolerance policies that intensify, ever more, the spiral of violence, or through the criminalisation of those who live in poverty or struggle against it, such as immigrants and social movements. This control is also maintained through the provoking or ignoring of conflicts that flare up over small areas of land, few employment opportunities and meagre public resources.

Women’s bodies: a battlefield for soldiers

Women have always suffered the harms of war: psychologically, socially, economically and physically. As such – from ancient times to the present – the massive rape of women has been an integral part of war. Women and their bodies are considered spoils of war, as an exchange currency (the fight for the control of women’s bodies – a resource in the same way as any other – being regarded as legitimate motive for conflict), as soldiers’ entertainment, as a battlefield (her body being identified as enemy territory), etc. In all these cases women are relegated to a level of object and regarded as the property of men.

Rape is used to humiliate, dishonour, and demoralise the enemy, for military propaganda or – as has recently been the case – as an ethnic cleansing policy (for example in Bosnia-Herzegovina during the war in ex Yugoslavia), as an act of genocide in Rwanda, as an instrument of political terrorism in Haiti, or as a symbol of victory. Worse still, the consequences of this brutality are not limited to the physical (ruptures, fistulas, HIV/AIDS and other sexually transmitted diseases, pregnancy) and the psychological (depression, loss of self-worth, guilt, etc). A raped woman (and her child born of rape) is frequently isolated and marginalised by her community and banished by her husband and family, taking the blame for the extreme violence she has suffered. For many women the only options are silence – if this is possible – or rejection (and all the socio-economic consequences of this).

The daily life of women in armed conflicts:

There are various different approaches that defend the importance of women in constructing a culture of peace. There are those, for example, that argue for the participation of women as central instruments in peace processes due to their natural and spiritual role as creators of life, and the fact that they are naturally less inclined to violence. On the other hand, our feminist vision connects patriarchy and capitalism to war, calls for demilitarisation and believes that a culture of peace goes beyond that of a mere absence of war. In this way, we fight for the rights of women in conflict areas, for the end of the use of rape and slavery as instruments of war, and we protest against the impunity of aggressors, States and groups. Our actions against war and militarisation likewise demand the inclusion of women in peace negotiation processes, advocate civil disobedience as a reaction to aggression, and aim to establish transnational networking and the rejection of imperialism.

For an active vision of peace to become a reality, we need to struggle for the entire and active recognition of women’s rights, an equal participation of women in the processes of establishing peace, the eradication of poverty, violence and exclusion, the promotion of solidarity and the recognition of rights, the existence of an independent legal system and an education that does not valorise violence or sexist behaviour.

Resolution 1325 of the United Nations (UN) Security Council emphasises the impact of war on women and demands that member states include women in all peace negotiations and in the processes of settling conflicts. Its approval was the result of the work carried out by women’s organisations and actions, including the WMW’s International Action of 2000.

In struggling against militarisation we demand:

And we commit ourselves to:

[1] The term Communalism is widely used across South Asia to describe the systematic misuse of religion for political purposes. It describes the processes of political construction of community identities along religious lines, in such a way that an antagonistic relationship is created between one’s own religious community and ‘the other religious community.’ Socially engineered prejudice, tension and conflict between religious communities constitute communalism. (Harsh Kapoor, Women Living Under Muslim Laws Research & Documentation Unit).

[2] Even though this media coverage is often very biased, or of very poor quality.

[3] It is commonly recognised that militarisation of the world is on the increase due to the fact that world military expenses have experienced a real growth of 45% over the last ten years. The tendency to expand continues: from 2006 to 2007 countries’ average military budgets have increased by 6%. In 2005 the United States had 737 active military bases in other countries, staffed by 2,500,000 people (soldiers, etc), which in 2007, military expenses of the United States represented 45% of world expenses. A more recent phenomenon is the considerable increase in the number of private mercenaries: of a total of 333,000 soldiers in Iraq in 2007, 180,000 were members of private security companies.