Our solidarity with the sahrawi people: All people have the right to self-determination! 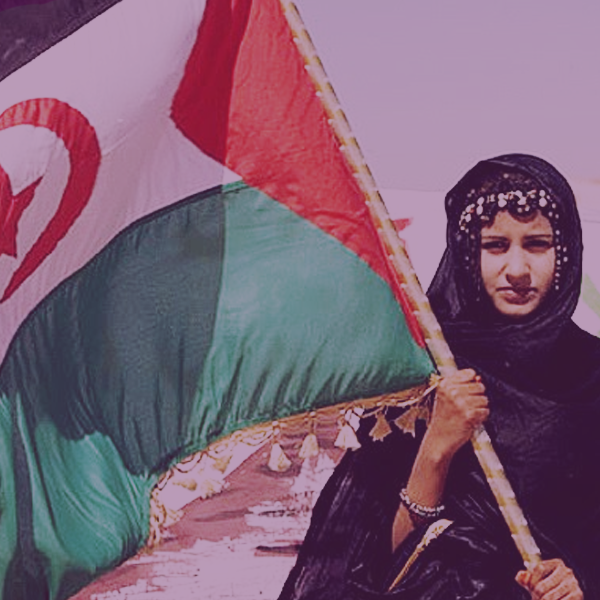 The western sahara is occupied by Marocco since more than 40 years. Since 1991, since 1991 there had been a ceasefire agreement between the military forces of Marocco and the Polisario Front.

However, during all these years, Marocco has been exploiting the natural resources of the region, invading the sahrawi territory throu the ilegal breach of El Guerguerat.

This year, sahrawis civilians protested against this ilegal breach and the inaction of the international organisms about it, by blocking the breach. After 24 days of pacific protest, the marroco army opened three new breches and attacked the protesters, clearly violating the ceasefire agreement.

The forces of polisario front acted firmly to protect the sahrawi citzens and to respond this  agreement violation. Now, since 16th november, the Polisario Front declared war against Marocco.

We, the World March of Women, strongly advocate for peace. However, it’s imposible to have peace if someones have the right to be violent with others and if the right to the land and to selfdetermination is denied to the people of the world.

So, we manifestate our solidarity with the sahrawi people: this land is their land and, for that, they have the right to defend themselfs and fight against the maroccan occupation in their territory.

All people have the right to self-determination!

To sign this declaration, please fill out the form below