Solidarity with Venezuela and against neoliberalism 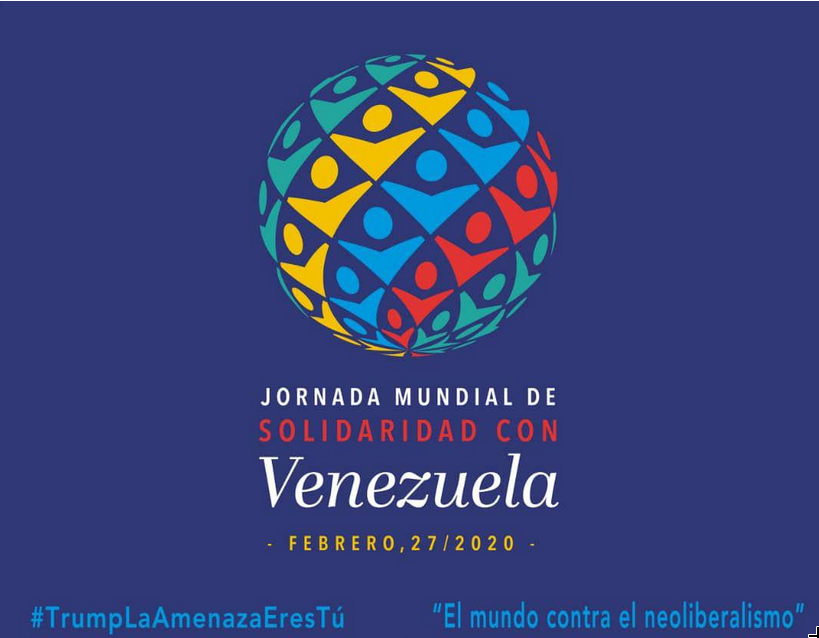 Today, February 27th, is the day of Solidarity with Venezuela. This date marks the 31st anniversary of the Caracazo, when popular protests were the first insurrection against neoliberalism in that country.

Between February 27 and March 6, the army and police used some 4 million bullets to repress the people who took to the streets to defend their rights against measures imposed by the International Monetary Fund. Unofficial sources speak of 2,000 people dead and countless missing.

The initiative recalls and calls for the struggle against neoliberal policies and manifests itself to show how the capitalist system and imperialism affect life, sovereignty, human rights and peace in the world.

The World March of Women is in solidarity with President Nicolás Maduro and with the Venezuelan people. The economic blockade of Venezuela by the United States and its intervention in the sovereignty of the country is part of the imperialist strategy to resume its hegemony over Latin America, in order to increase the plunder of our wealth. We are for a free and sovereign Venezuela! For the right of the Venezuelan people to decide their own destiny!