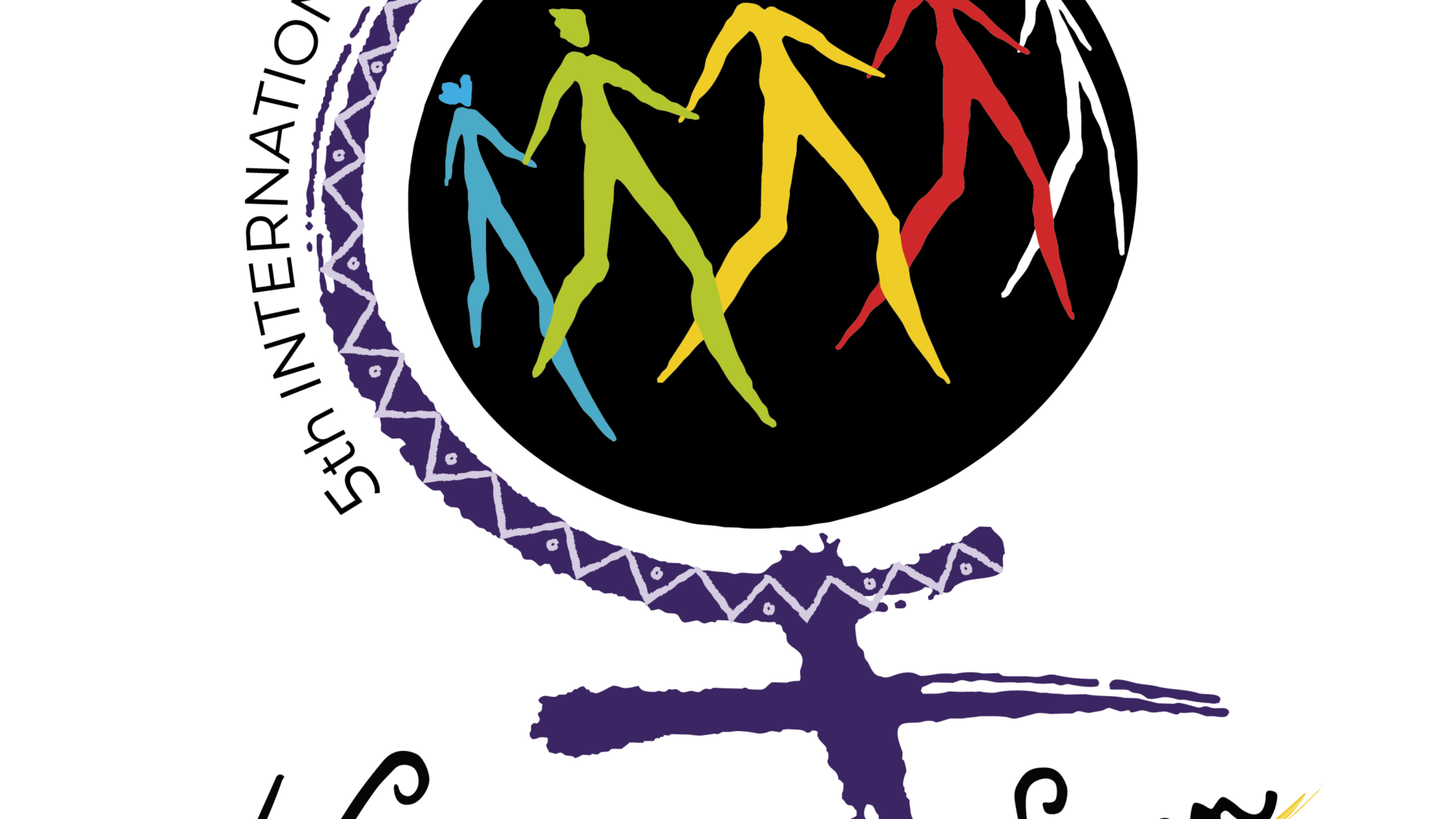 We have few days left until March 8, when the World March of Women will be in the streets on the International Day of Women’s Struggle and will launch our 5th International Action. We resist to live, we march to transform! This is our slogan and with it we will take up demonstrations of our anti-capitalist, anti-racist and anti-colonialist feminism.

Anchored in our feminist experience of struggle and rebellion, we confront the authoritarian and reactionary escalation of capital: we resist in order to live! From our practices, utopias and hopes, we march to transform! Our batucadas, banners and our call can already be heard and seen in many cities around the world. Here are some of them:

In several states of Brazil the World March of Women will take to the streets to demand: Fora Bolsonaro! Women want decent work, freedom, democracy. Justice for Marielle! In Sao Paulo, the March 8 event begins at 2 pm, on Paulista Avenue. The World March of Women will launch the 5th International Action at 11 am, on the same avenue, with an open feminist program, with an agro-ecological picnic, speeches and cultural interventions.

Since last week, in many cities, the women of the March are calling for March 8 in public classes, pamphlets, workshops. In Caruaru, in the state of Pernambuco, the launch of the 5th International Action will be a show with the artist Gabi da Pele Preta. In Paraíba, in João Pessoa, women held a workshop yesterday to prepare the instruments for the batucada.

In Belgium, the companions from Brussels will make a representation of the theme “The rapist is you” from 1pm on March 8th at the Central Station.

More than 50 feminist groups, among them the World March of Women, participated on the 1st of March in a imense feminist demonstration in Verín, Galicia. The demonstration gathered a crowd and is part of the call for March 8 under the slogan “Without care there is no life! In recent months, the women of Verín have been mobilising against the closure of the delivery room and the paediatric emergency department of Verín Hospital. The fight in defense of public health has been victorious and has been replicated throughout Galicia.

The World March of Women of Catalonia began today, 1st March, to visualize and spread the messages of the 5th International Action. From today, 1st to 8th March, the Public Network on Social Networks the 20 Reasons to March to 8th March. The logo of the 5th International Action will be carried to the march on March 8th, on stickers and banners. “We have chosen this viral campaign with the commitment of various groups because 8M has always been a unitary call in Catalonia and from the MMD we are very involved in different working committees. We are placing the anti-capitalism, anti-racism and anti-colonialism in our documents along with other companions”, say the companions of Catalonia.

Jalisco and Ciudad Guzmán in Mexico will see the feminist batucada in the streets. In Jaslico, the demonstration will focus on the issue of disappearances. Reports of disappearances in the state doubled from 987 to 1.95 thousand during the period 2006-2016, according to the National Registry of Missing Persons (RNPED). In this statistic, men represent 54% and women 46%.

Compas in Mexico will echo the general call for recognition of the work and struggle of women on March 8. “This year, we see with much pain that the work is increasing at the same time as the violence against us,” they write. “On Sunday, March 8, we also joined the strike called by our sisters and on March 9 we stopped but did not close down,” they announce. The street has always belonged to women. Femibici will be a bicycle ride for women to meet, recognize each other and rethink how to create the common space to confront the violence that surrounds us and tries to separate us, make us invisible and silent.

In New Caledonia the 5th International Action will be launched in the commune of Mont Dore. This first mobilization is part of the municipal elections that will take place on March 15 and 22. The project is to include our struggle against colonialism in the process of decolonization. The WMW is in partnership with the association “MWA NI JE” under the title “Le Mt Dore, Une Ville Pour une Nation Arc-en-ciel” ?. The programme is “the fight against inequalities and the improvement of women’s living conditions (such as the fight against violence against women and equality between women and men in all areas)”.

On March 5, Pakistan will celebrate the tenth anniversary of the Anti-Sexual Harassment Law in Pakistan, a fundamental law for Pakistani women. On 7 March there will be a seminar and celebrations to discuss the situation of working women and women living in rural areas. And on March 8 a demonstration by the Lahore Press Club to Aiwan-e-Iqbal. All three actions are organized by Women in Struggle for Empowerment (WISE), the WMW in Pakistan.

There was a big debate in Pakistan about the women’s demonstration on March 8. Right-wing conservative lawyers sent petitions to the courts to ban the demonstration, to have the women censored in their speeches in order to “avoid insulting men”, even arguing possible losses in the trade… on a Sunday when the trade is closed. However, the country’s judicial system did not accept the petitions. Women will go to the streets!

In the Philippines, at Scout Tobias corner Timog Avenue, Quezon City, and also in Puerto Princesa, Palawan, the women of the Pilipinas WMW, led by CATW-AP, will demonstrate and carry out a flash mob. The theme will be “Are democratic spaces shrinking? Women, counterattack!”

In Portugal, the women of the March will make a block to participate in the demonstrations of the Greve Feminista and are also building a collective poem.

In Chile, the women are preparing for the March 8 call for participants. They will make a display of giant posters with the agenda of the 5th International Action 2020 and with that they will start the action. In the Macro Norte Peru there will be forums and talks. And the WMW Bolivia is going to publish material on the theory and practice of feminist economics.

Quebec will make an official launch of the 5th International Action with a media conference on the 3rd of March. In each region of Quebec there will be activities supported by feminist education tools and the activities will be organized collectively, with representatives from all regions and countries.

In Switzerland, the national collective coordination for the feminist strike, in which the World March of Women and the trade unions actively participate, has launched a national appeal written in four languages for March 8. In several cities of Switzerland, with WMW activists or allies from other countries of the world, a call for the 5th International Action will be made to broaden the international dynamic and make audible and visible that women around the world are calling for feminist mobilisations and strikes. Feminist collectives will occupy the streets of many cities and also more unexpected places, such as the ski resort of the Anzère Valley

In Venezuela, in the framework of a week of activities on 8M, the presentation of the 5th Action will be made with the reading of the call and the calendar of activities within the vigil of 8 March. The March makes its concentration and agitation in the Boulevard de Sabana, Grande Plaza Venezuela, as 3 pm of 8pm . And a vigil at 6:30pm in Fuente de Plaza Venezuela. The actions are organized by the Articulation of Feminist Organizations Araña Feminista.

“We mobilize for the increase of femicides in the country that has forced feminist organizations to declare a Feminist Emergency and demand that the government take extraordinary measures to confront it, with the slogan “#Justice for All Women”, inform the compas in Venezuela.

This March, La Araña Feminista celebrates its 10th anniversary. We salute the compas! We celebrate this decade of struggle along with 20 years of our 1st International Action. And we will continue to march until all of us are all free!