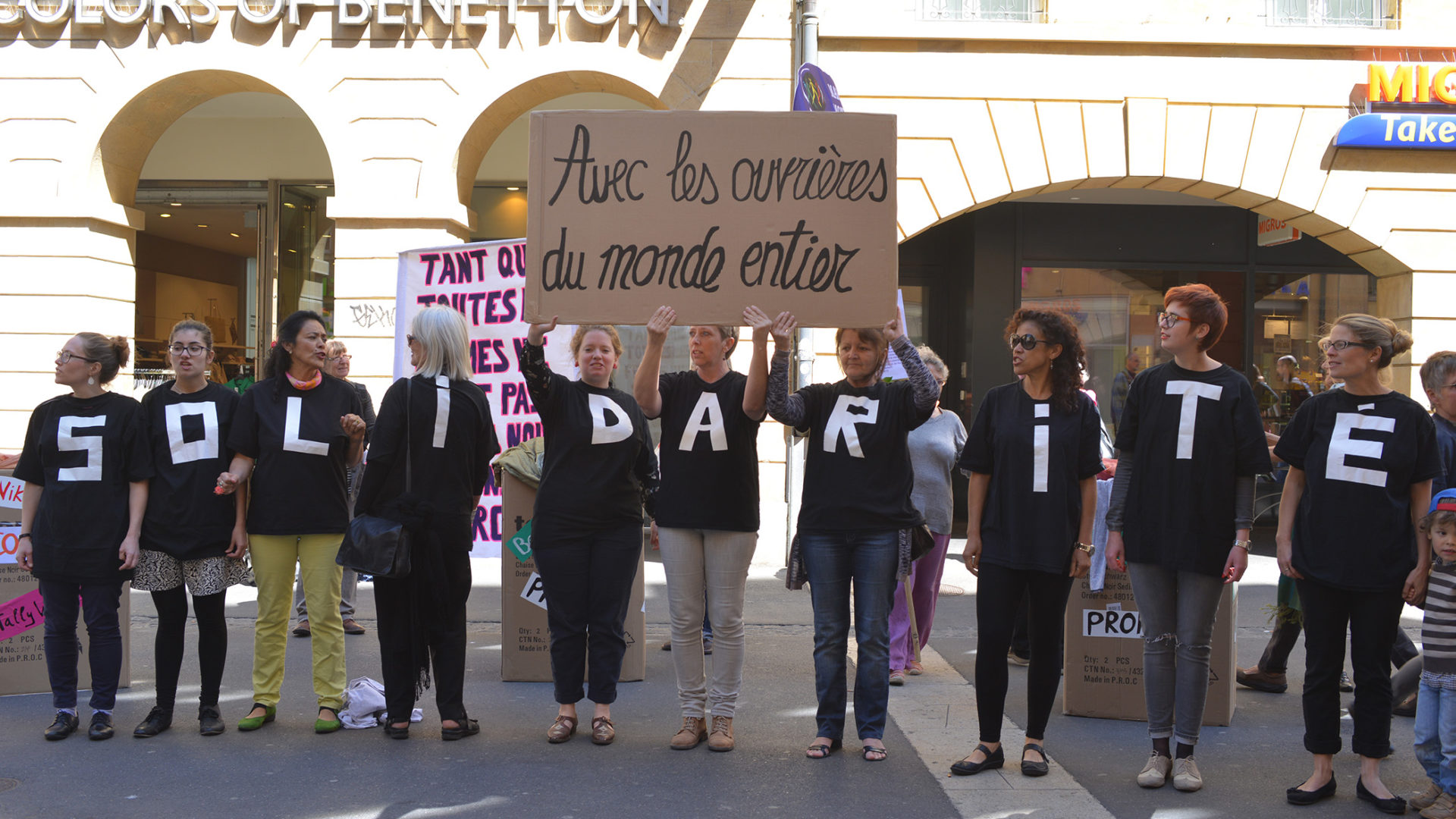 In 2013 over 1,000 women died and many others were injured as a result of the collapse of the Rana Plaza building in Bangladesh, Asia. These women worked in inhumane conditions in exchange for starvation wages. The news shocked the world. We, women of the World March, join our voices with those of other social movements in demanding an end to the impunity of Multinational Corporations. We declare April 24 as a Day of Solidarity and Worldwide Action to remember these martyrs of everyday life and to condemn the exploitation and expropriation of women’s work within the dynamics of the worldwide economy.

“Rana Plaza” is not only in Asia, it is everywhere.

This call for the solidarity action Rana Plaza is everywhere! comes while we are still trying to recover from the shock and tragedy caused by cyclone Idai, affecting sub-Sa- haran African countries Mozambique, Zambia and Zimbabwe, destroying whole cities and communities and causing the loss of hundreds of lives. Recently, we also experi- enced another tragedy caused by the collapse of a dam belonging to mining company Vale, in Brumadinho, Minas Gerais, Brazil, destroying lives and destroying nature.

We are aware that these tragedies have the same origin: violence against nature by the unfettered action of multinational corporations seeking unlimited profit for their share- holders. This violence is carried out by exploiting women’s bodies and work to support a patriarchal, capitalist-imperialist, colonialist, lesbophobic and transbobic economic model. This system, which is primarily responsible for disasters, is the same one that controls and manipulates collective efforts to recover from the damage caused by these same criminal disasters.

In this 24th April Solidarity Action,

NOTHING ABOUT US WITHOUT US! Our work counts. Our Lives count!