We stand with the Chilean people. 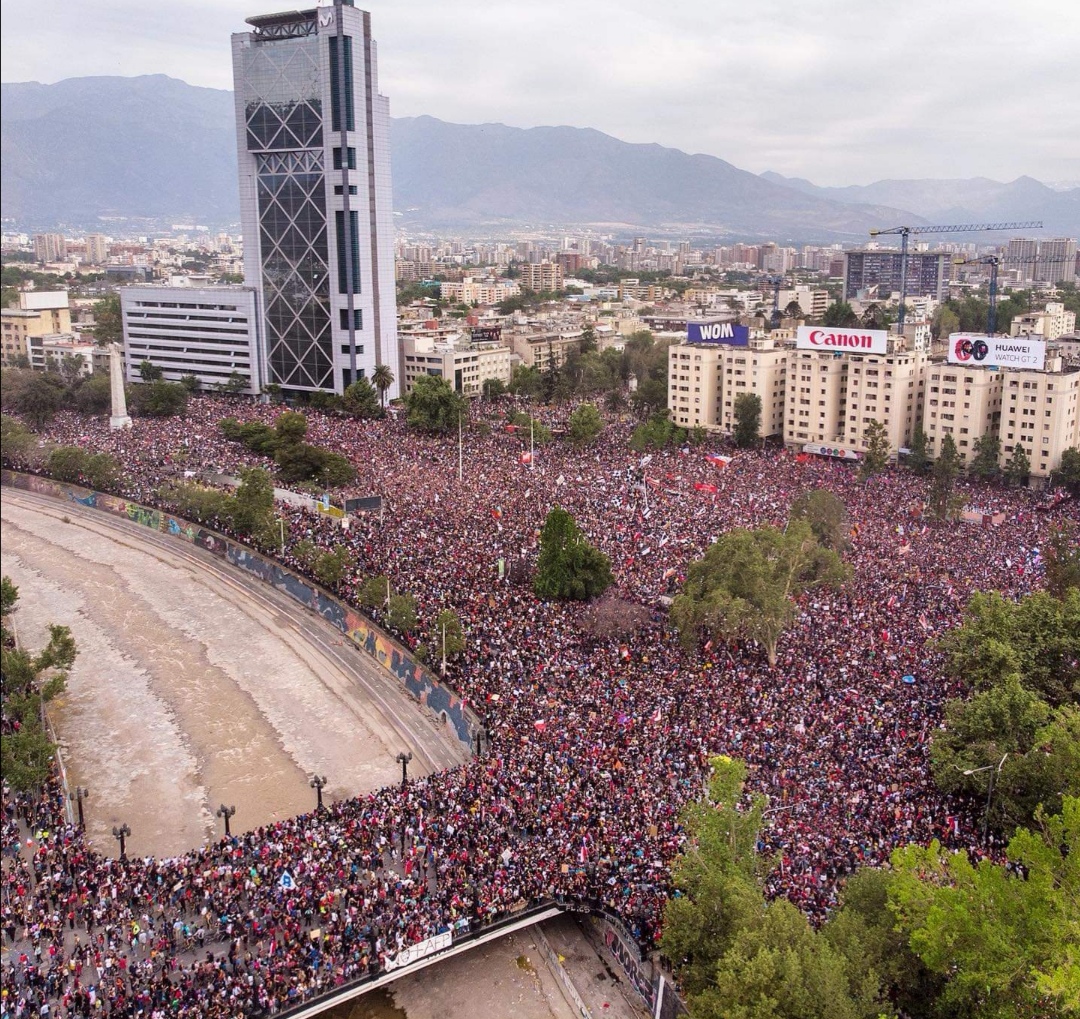 The World March of Women welcomes the rebellion of Chilean youth who have set such an example of courage.

We stand in solidarity with the Chilean people who, tired of the neo-liberal policies that take away their rights, join the protests of the high school youth. We embrace all Chilean women manifesting discontent with their pots, giving a clear sign of their commitment to life and their support. The Chilean people live the continuous loss of their social, economic and cultural rights, their rage is born from the rise in water prices and in the restrictions on their access, in the migration law, in the approval of the TTPP11 and its consequences for the small producers, in the plundering of their territories by the extractivism, in the non-recognition of the right of women to decide on their body, in the systemic violence against women, the Mapuche people , the migrants, the students and the working people in general.

Protests and demonstrations show that Chileans repudiate the neoliberal state that is imposed through democracies mediated by capitalist resources and interests and their large media companies. The people on the streets make it clear that they are not willing to let them continue to turn their lives into merchandise, that they are not willing to continue paying the subsidy granted by the State to the private sector and entrepreneurs at the cost of the precarious life of women, the working class, education and public health, at the expense of life itself.

We of the World March of Women today more than ever are with Chile. Our embrace especially reaches families mourning from the excessive response of the government and the armed forces.

We call on the Chilean army reminding them that they are people too, that their families and communities are protesting too, and that no order can be above the duty of every soldier to protect their own people.

In America and worldwide.

We continue to march against neoliberalism and authoritarianism until all of us are free!

We resist to live, We march to transform.