We march in solidarity with the saharaui women 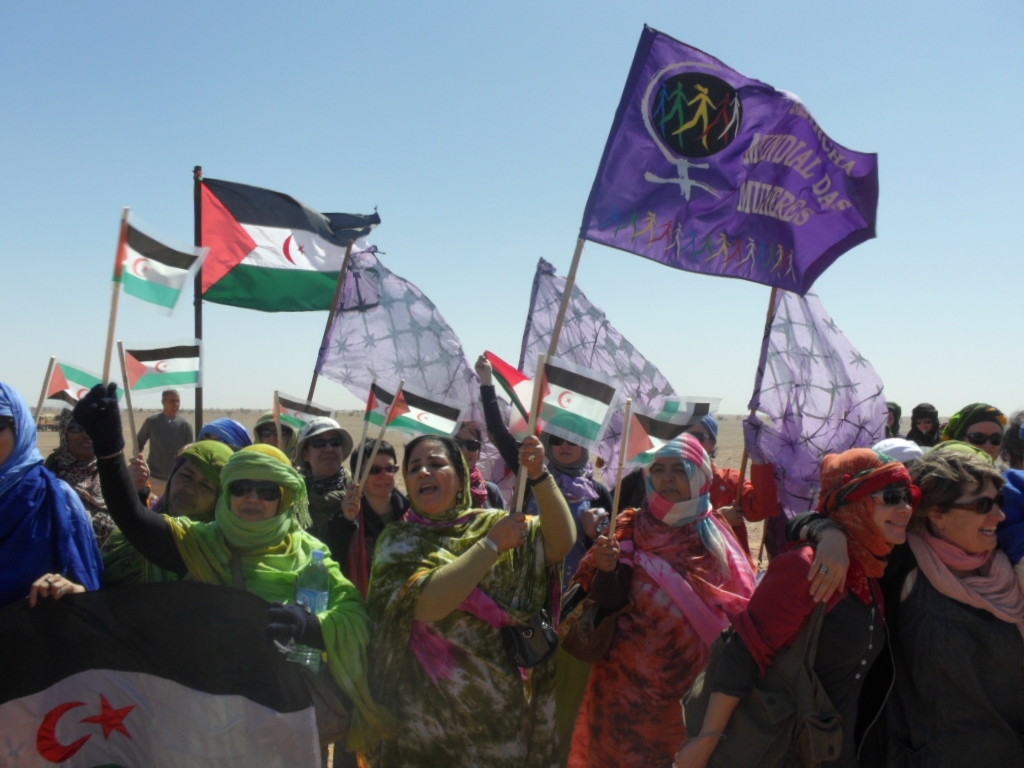 Forty-five years ago Western Sahara was occupied by Morocco, with the help of the Spanish government — which abandoned its then colony, collaborated with the invasion and, to this day, gives in to the blackmail of the Moroccan kingdom to not return the land that was stolen from it to the Sahrawi people.

For 45 years the Saharawi people have been fighting to free their territory. Now Morocco wants to extend this plunder to the sea. In January 2020, the Moroccan Parliament voted to extend their territorial waters around the Canary Islands. This is an expansionist maneuver to rob the Saharawis of their share of the sea and their fishing resources, after stealing other natural resources from them: in the region invaded by Morocco there are phosphate mines, used in the chemical fertilizers that support the industrial agriculture of the green revolution.

In these more than 45 years Saharawi women have resisted courageously rwith their people in their struggle for liberation and have maintained their dignity, defying all kinds of torture, arrests, harassment, slander and the prisons of the Moroccan government. The Saharawi people live divided in their own territory, Western Sahara. It is separated by a 2,700 km long wall built by Morocco, which the Saharawis call “the wall of shame”, equipped with all kinds of military weaponry. And another part of the Saharawi population lives in subhuman conditions in exile, in the refugee camps in southern Algiers, thanks to humanitarian aid and solidarity.

We, of the World March of Women, support the Saharawi cause. “The women of Western Sahara are an example of the struggle against imperialist wars and against capitalism that divides the world as one more business for the enrichment of elites and an example of how women’s lives and actions become resistance and defense of the present and future of peoples,” said a declaration of the March in 2017. In 2020, we reiterate this.

On February 18, Sahrawi Women’s Day, we celebrate once again a day of solidarity with the women of the Sahrawi Arab Democratic Republic. We express our recognition and admiration for the strength and steadfastness with which they have been fighting for decades.

The Saharawi struggle, for these 45 years, would not have been possible without women. We, who march against racism, for a society without walls and for the self-determination of peoples, building day by day an internationalist, popular and militant feminism, salute them. And we will continue marching until we are all free!