We are thousands of women supporting the Mapuche people 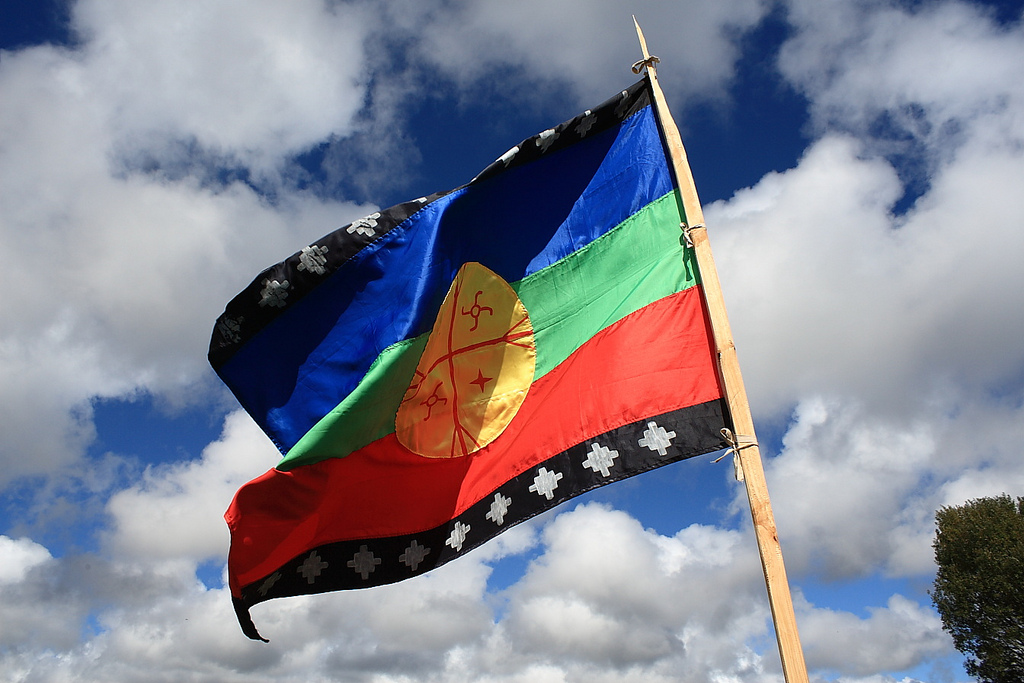 DECLARATION OF THE WORLD MARCH OF WOMEN

We, organized women and members of the World March of Women – Americas, strongly repudiate the racist and colonialist attack against the Mapuche people. And we denounce the following:

Four days ago, Victor Perez was appointed Minister of the Interior. He is known for his tough stance on the right wing of the current government and for his intransigence in the just struggle of the Mapuche people for the recovery of their territories and the legitimate demands protected by International Labour Organization (ILO) Convention 169, which recognizes the existence and rights of Native Peoples.

A few hours after his appointment, this Minister emphatically denies before a press conference that there are Mapuche political prisoners in Chile, and later goes to the region where he only dialogues with authorities and business sectors in the area, completely ignoring the Hunger Strike carried out by political prisoners in the Angol, Lebu and Temuco prisons, to obtain their freedom, especially in times of pandemic where they are mostly exposed. Machi Celestino Cordova has been on strike for more than 90 days, which has caused serious risks to his health.

This government position has only succeeded in increasing the aggressions against the Mapuche people who, in order to make visible and to show solidarity with their brothers and sisters, were supporting peaceful occupations in various municipal offices in the Araucanía region. Faced with this situation, a group of armed civilians protected by the police and the authorities intervened violently against the Mapuche community members who were carrying out this action to make the situation of the Mapuche political prisoners visible.

The State of Chile has systematically exercised violence and dispossession against the Mapuche people-nation for more than a century, criminalizing their just demands for autonomy and self-determination. Applying subsidiary economic measures that have not been requested and are not found in the demands for respect for the worldview, tradition, culture and care of the common goods of its people.

We declare that the Government of Chile and its Minister of the Interior Victor Perez are responsible for the violent events that occurred in Wallmapu, by inciting hatred and fanaticism of the extreme right in the region.

We call on social movement organizations to be alert and raise our voices and struggles against neoliberal authoritarianism and we demand that ILO Convention 169 and the freedom of Mapuche political prisoners be respected.

We value the rapid international response and that of our organizations on the continent, in terms of actions of denunciation, repudiation and solidarity with Mapuche families and women.

We reaffirm our willingness to provide effective solidarity support to men, women, children and communities in resistance who are fighting for the respect of their rights.

The Mapuche people is not alone.
We are thousands of women all over the world
supporting their just struggle.