International Feminist Solidarity with the Women and People of Afghanistan: No to Taliban No to Imperialists! 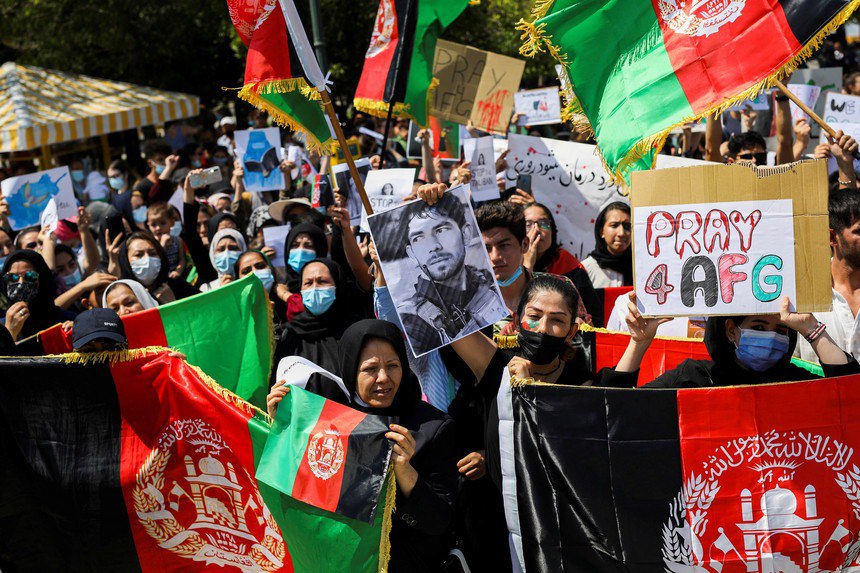 We, the women of the World March of Women, a feminist, internationalist and anti-capitalist movement, stand in solidarity and echo our voices in repudiation of the situation faced by the peoples and women of Afghanistan.

We stand in solidarity with our Afghan sisters whose lives are even more threatened today in the face of uncertainty and violence perpetrated by states and fundamentalist groups like the Taliban. After funding groups like the Taliban for their own interests by occupying territory for the past 20 years, the U.S. is vacating the country with no regard for the safety and lives of the Afghan people, who have been left on the brink of civil war.

All recent U.S. presidents, from George W. Bush, who initiated the occupation of Afghanistan with lies, to Biden, deserve to be held accountable before an International Court of Justice for their crimes. The destruction they have created is immeasurable, it shows that for imperialism the peoples and our ways of life in our territories are expendable.

We know that for decades the country has been the scene of numerous wars and power struggles and today it is clear that it has been the object of manipulation. In 2001, right after the attacks in Washington, DC, we at WMW pointed out the contradictions of the postures of interventionist countries like the US in relation to the discourse of “fighting terrorism”. What is happening today in Afghanistan is a reflection of such hypocrisies.

We women reiterate that we are against all forms of violence and terrorist acts committed around the world, which includes the practices of countries such as the so-called humanitarian or low-intensity wars, their attacks on democracy and sovereignty of peoples, economic blockades, colonialist occupations, Zionist policies, racist and patriarchal oppressions.

We know from experience that women and children are the first victims, along with poor and racialized communities, of any armed conflict. We have experienced the consequences of military interventions by NATO forces and now the irresponsible withdrawal of US troops shows that the Afghan people live in terrible poverty.

There was never any real interest in defending democracy and human rights, but rather the political and economic interest to use countries like Afghanistan as tools to implement their interests, financing extremist and fundamentalist groups.

In the year 2000, we went to international bodies to denounce the multiple violations that these conflicts provoke in the lives of women and peoples, identifying those responsible and their true interests. These interests are very well articulated by the colonialist and patriarchal capitalism practiced by transnational corporations, the arms industry, corrupt and authoritarian governments, fundamentalist religious sectors and organized crime.

We, the World March of Women, denounce the violence and injustices that the women of Afghanistan and the world face today due to such conflicts: we demand respect for our bodies and territories! Enough of carrying the world’s conflicts on our shoulders!

We demand greater accountability from all governments, to interrupt any military intervention after the current crisis, stop all ongoing military aggressions or occupations, guarantee the right of asylum and to ensure the right of refugees to return to their country of origin.   We also demand a ban on the production and sale of arms and demand that States establish disarmament policies in the field of classical, nuclear and biological weapons.

We raise our voice in this call for the construction of a society in defense of life and solidarity. Enough of oppression and repression of Afghan women, we demand the reestablishment of the human rights for the participation and development of their lives together with the Afghan people.

We will continue to march until all of us are all free!