Women demand it: NO to war in Ukraine, No to NATO! 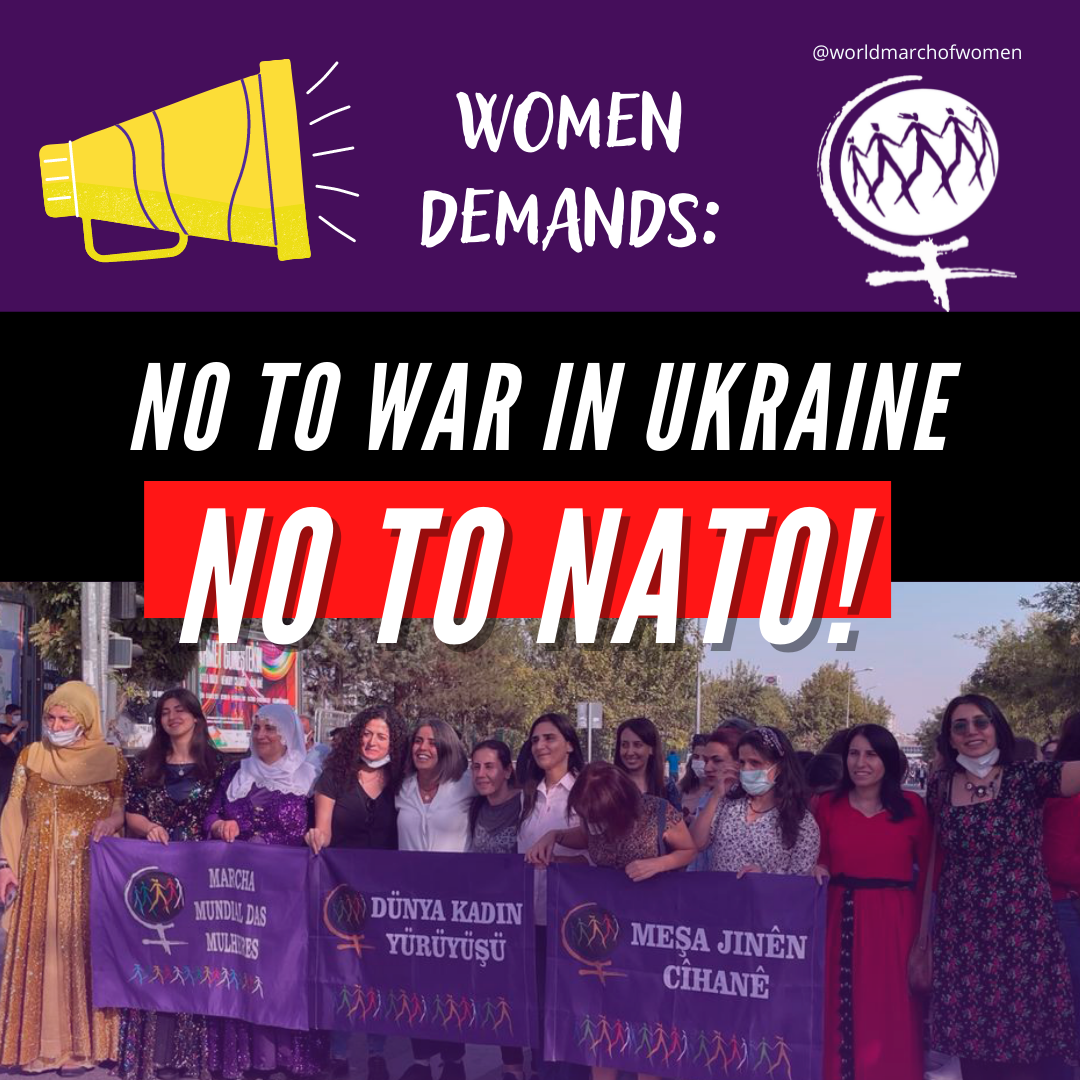 The tension and military escalation, which has been taking place in Eastern Europe in recent days and reached its peak as a result of the statements of Vladimir Putin yesterday, has dangerous consequences for the peoples of Europe, Russia and Ukraine. The day-to-day dispatches of soldiers and the arms race amid the warmongerings of imperialism make the situation very worrying. The world is once again on the brink of a terrible war, after imperialist ambitions, for the sake of economic interests, eager to prove its claims to a great state. The cost of this war will be very heavy, especially for the people of Ukraine, Russia, Europe, and all the countries in the region.

The World March of Women always has affirmed its commitment to the struggle for peace and the rejection of war and the militarization of society. Because war is one of the most vivid expressions of the discrimination by women and children.

We, the World March of Women, reject any military threat and attack against a sovereign state. Ukraine’s independence and territorial integrity must be respected. USA and

NATO should announce that it has withdrawn its hands from Ukraine, and should stop sending arms and ammunition to the country as soon as possible. Imperialism is repeating what it did in Iraq and Syria, this time in a different way in Ukraine, and once again it causes suffering to the peoples of the world. The conflict between the great powers makes humanity pay a heavy price.

World March of Women stands in solidarity with all political and social forces in Ukraine, Russia and all over the world that defend a peaceful solution to war.

We, with our anti-imperialist and anti-war stance, will mobilize women in the struggle against the war in Ukraine and in the region.