International Webinar of the World March of Women: Feminist Solidarity against Corporate Power 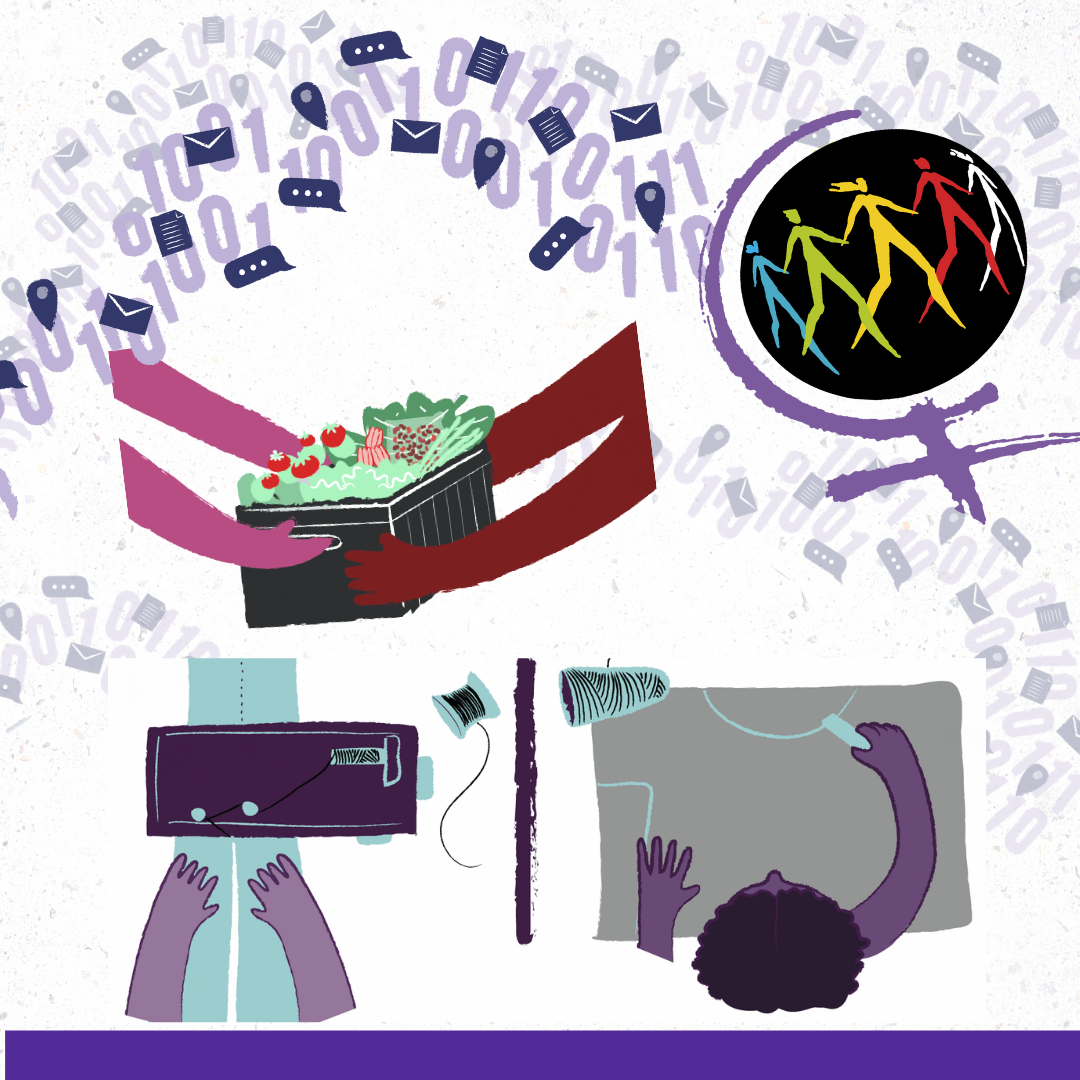 As a start of the international activities of 2022, the World March of Women organized in January the webinar “Feminist Solidarity against corporate power”. It was attended by WMW women from several countries and allied movements and organizations leading anti-capitalist resistances against transnational corporations.

The aim was to present the Turkish version of the book “Feminist Critique of Corporate Power” (SOF, 2019) and to propose a collective reflection denouncing the systematic violences of capitalism and to present our alternatives built in struggles.  In addition, it was an opportunity to initiate the strategic construction for April 24, date on which the WMW organise the 24 hours of international feminist solidarity against the power of transnational corporations.

We heard contributions from Tica Moreno, from the WMW Brazil and Sempreviva Organização Feminista (SOF), Julia Garcia, from the Executive Secretariat of the Movement of Dam-Affected People (MAB, Brazil) and coordinator of the Global Campaign to Reclaim Peoples’ Sovereignty, Dismantle the Power of Transnational Corporations and End Impunity, Avantika Tewari, from IT for Change, and Princess Nemenzo, from the WMW Philippines.

The book “Feminist Critique of Corporate Power” is available for download in Spanish, Portuguese and Turkish, and also has a series of animations on the youtube of the WMW Brazil in spanish, english, french and portuguese:

Read below a brief summary of the webinar contributions

Tica Moreno, from Brazil, began the webinar by emphasizing that our feminist critique of corporate power is not a new process as we have already lived through many years of the financialization of neoliberalism, the violence of capitalism and the rise of right-wing authoritarianism that impact on the processes of grassroots organization and disinformation. Transnational corporations have been gaining more and more control over people and territories, besides acting in the construction of an imaginary of the public and the common so that the private sector becomes a reference as an agent of development of the peoples. That is why we see that state policies are put in favor of companies and privatization. Another factor affecting our lives is the expansion of the repressive apparatus and militarization. The expansion of public-private partnerships and the privatization of democracy is what we call market authoritarianism.

And we see with this the horizon of corporate domination to build another model of global governance where they have direct participation as agents. This is not just talk, it is already in practice. We saw it last year with the UN food systems summit, we saw the Bill Gates movement on food. We see these international processes starting to adopt a mercantile logic at the service of the private sectors, and increasingly the UN has been at the service of corporations. This is not new, from the WMW we have already criticized the UN social conference cycles that give more and more space to neoliberalism.

In this context, the feminist agenda is affected. The hegemonic liberal feminist discourse has been updated by large international NGOs, which have identified the need to reduce the impact of corporate action on women’s lives and, therefore, have invested in the gender agenda. But we know that women in the territories want to maintain their ways of life without the presence of transnational corporations and not reduce their impacts. We can see the imposition of agendas and the creation of new markets with foundations and institutes such as Coca Cola that present themselves as defenders of women and increase funding for social projects aimed at women. On the issue of autonomy, for example, the pharmaceutical industry imposes its contraceptive drugs as a solution, and so on. And with this, the struggle for rights becomes the struggle for access.

In this regard, Princess Nemenzo from WMW in the Philippines complemented by sharing about the lived experience in the Philippines, but not only, that with the pandemic, capitalism has legitimized the decision-making power of corporate power over who lives or dies. She highlighted the important role of the pharmaceutical industry, who pay their own local researchers, to do their own testing. Since the health system is precarious and only viable for those who can pay. He also cited the example of dengue vaccination, where there were cases of corruption and abusive prices so that people could access the vaccines.

Avantika Tewari, from IT for Change, pointed out that the fight goes beyond the hunt for corporations and corporate power, things that, of course, we need to dismantle. But she also emphasized the need to think about “what would an anti-capitalist system look like?” We need to create alternative structures for collective action and social commons, especially at a time when we know we are dealing with something new. This is capitalism in crisis, but capitalism at its end, in a revolution towards becoming data capitalism. Today we have a monopoly of the networks within the big data sector [mass data processing technology] and also of mining algorithms, which has led to the commodification of the social production of knowledge, arts, communications, and information. It’s all in the form of capital, which has created a global digital debt that represents a peculiar impact on the “global south.”

Julia Garcia, from the Executive Secretariat of the Movement of People Affected by Dams (MAB, Brazil) and coordinator of the Global Campaign to End Impunity of Corporate Power shared about the development of the campaign that has existed since 2013, with the important action of generating understanding about the responsibility of transnational companies in the territories where they operate. And explained that this goes against the fact that countries have their own legislation, but loose, which allows this kind of predatory action by companies in their territories, the common goods, women, the workforce.

In this sense the Campaign proposes an International Treaty of the Peoples, as a political framework that makes visible and supports the movements and communities in their respective resistance and implementation of alternatives to the power of transnational corporations.

It also participates in the effort to establish a binding treaty at the United Nations to regulate the operations of transnational corporations and to stop their practice of systematically violating human rights. The Campaign aims to be a tool for deepening resistance at the local, regional and global levels.