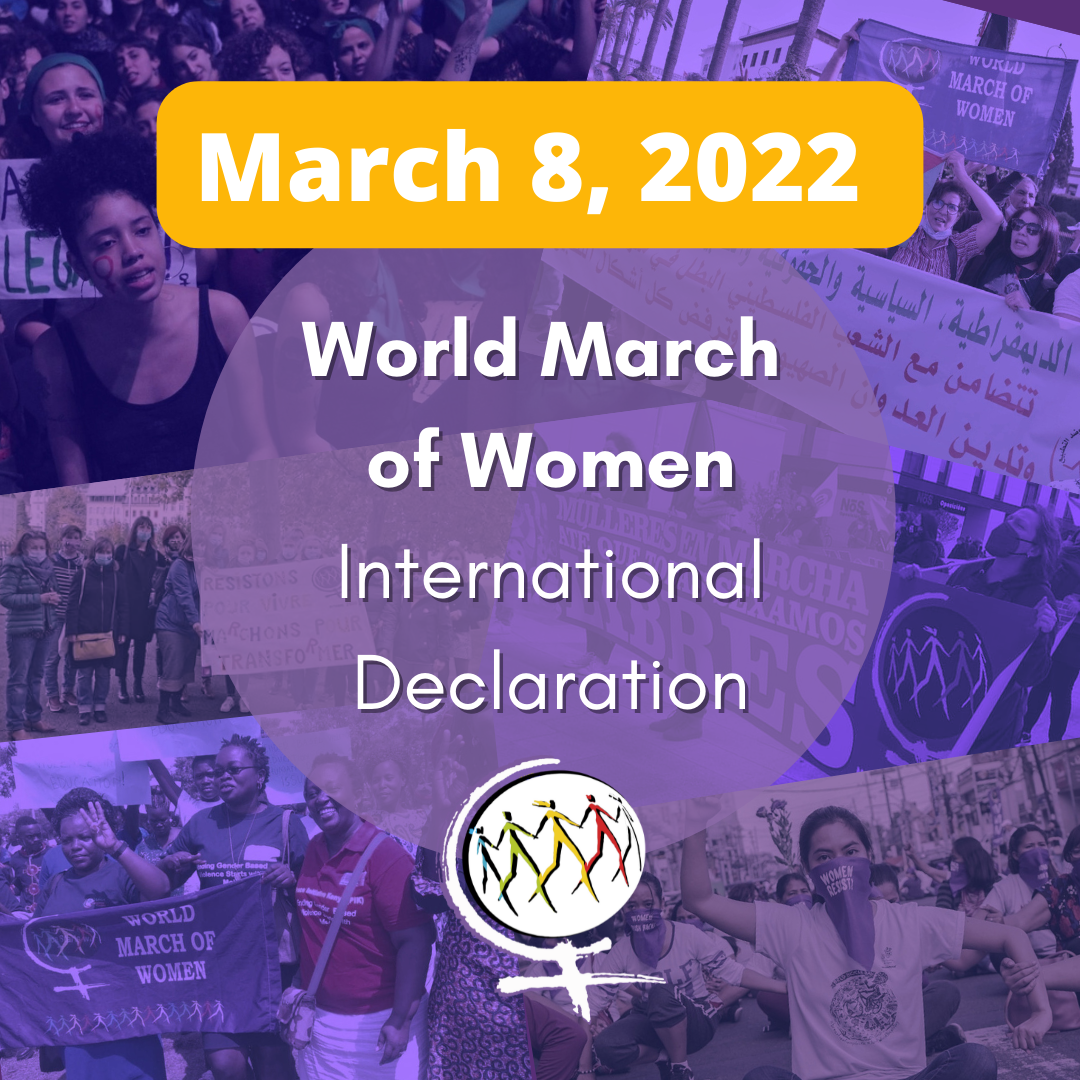 We are going through days when we feel the devastation caused by the crisis of capitalism, which has become even more visible in this 3 year under pandemic.

While the capital is pushing women, working classes, racialize populations,  LGBTQ+, the peoples of the whole world into poverty with their policies of privatization, dispossession and war, neoliberalism seeks the keys to its crisis in collaboration with imperialism. Today, the accumulating contradictions of capitalism have reached the point of unsustainability. While increasing unemployment, insecurity,  financial instability and the concentration of wealth have reached record levels, it is clear that capitalism needs to increase exploitation of people and nature in order to survive.

The commodification and privatization of public services, the degradation of nature and the ecological crisis driving the climate crisis are effects of the worsening conflict between capital and life. Exploitation increases and women are the most affected. Corporate interests take precedence over health. Multinational corporations steal and plunder land, with no respect for human and environmental rights, and impose illegitimate debts on peoples on every continent of the world.

We see how the reconfiguration of colonialism is reflected in racist migration policies, the closing of borders, the criminalization of refugees and the increase in economic, political and financial blockades of peoples whose governments do not bow to the interests of this predatory system. Conservatism, fundamentalism and authoritarianism impose a project of death and criminalize social movements that dare to oppose it, while proposing false solutions, such as green capitalism.

Imperialism does not hesitate to threaten world peace in order to overcome this crisis of capitalism. NATO, the war organization of imperialism, supports armament all over the world and paves the way for military interventions. After Afghanistan and Libya is now escalating a “new cold war” along the borders between Ukraine and Russia. We will continue to stand against all the destruction of imperialism from Afghanistan to Syria, from Palestine to Pakistan, Caucasian to Central Asia and defend solidarity and peace!

It is therefore urgent that we pursue our collective and solidarity-based strategies to put the sustainability of life around the world at the center, from our self-organization and in alliances with social movements that aim at transforming the economy to dismantle corporate power.

The economy, health and food sovereignty are collapsing as exploitation, looting and warmongering are increasing day by day. While the reactionary-fascist governments cause an increase in violence against women, they also try to exclude women from the public sphere and limit them to the family. For this reason, it is not a coincidence that the feminist revolt all over the world overflows from the resistance movements against neoliberalism and neofascist governments.

We did not desolate the streets on the worst days, with magnificent demonstrations and resistances, especially on March 8th. We are all excited about the point reached today by the struggle that we raised with each other’s laughter, voice, hope and dreams. All over the world, women stand at the forefront of the demand for systemic changes.

While we oppose all forms of violence in the workplace, in unions, in political organizations, in schools, in urban neighborhoods, towns and rural areas, wherever we are.

We reaffirm freedom, equality, justice, peace and solidarity as our fundamental values.

We women must continue on the march,

Let’s resist together, let’s march together.