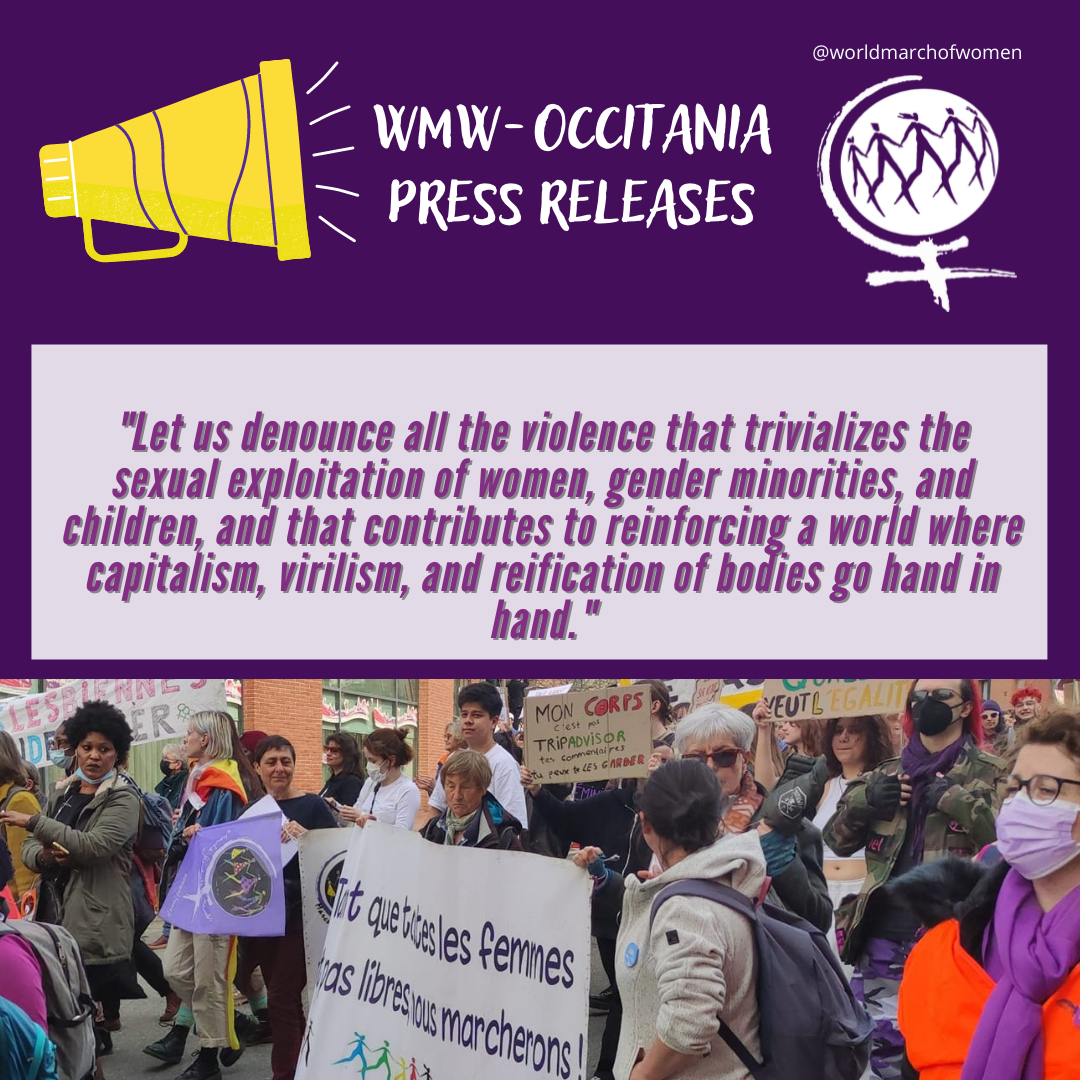 For some years now, feminist demonstrations have become a dangerous place for women who refuse the commodification of their bodies, considering that the prostitutional system is exploitation, violence exercised on the integrity of the person.

In several cities of France, these last years, the abolitionists of this system are attacked by individuals or groups.

Yesterday in Toulouse, inside the demonstration “for the feminist strike”, a square of women composed of feminist and lesbian associations of Toulouse was attacked, twice, by young people grouped around associations that define prostitution as “sex work”.

Once more the attacks are based on an amalgam intentionally used, between the abolitionist position towards a system and the negation of the persons registered in this system. Once again, the accusation blurs the fundamental data of the problem, and caricatures the critical and political positions, for the greater profit of the porn-patriarchal system.

This violence of women towards other women is intolerable. The feminism we defend is a feminism of solidarity and empathy with all women in struggle, in sorority, and benevolence for the journey of women who have had, most often, difficult life paths.

Let us denounce all the violence that trivializes the sexual exploitation of women, gender minorities, and children, and that contributes to reinforcing a world where capitalism, virilism, and reification of bodies go hand in hand.

WE RESIST TO LIVE,

WE MARCH TO EXIST.