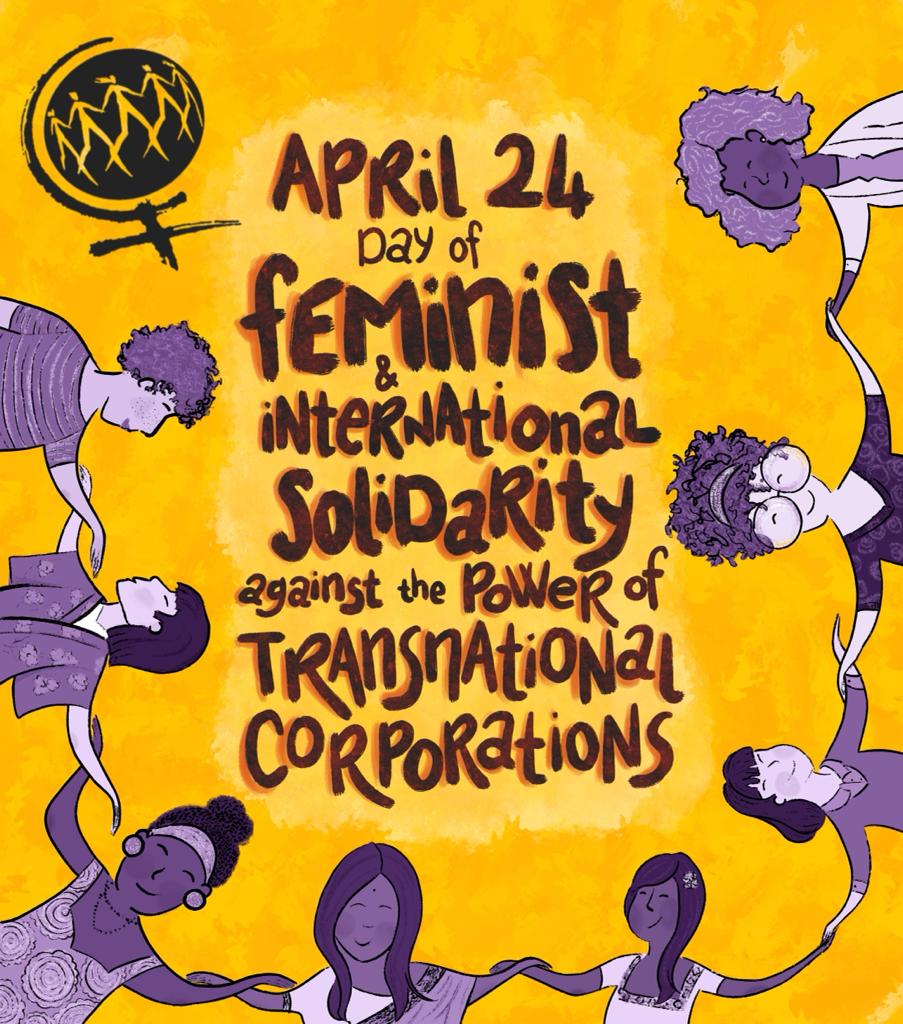 We are getting ready for April 24. Share with us the activities of the World March of Women in your NCb. It can be photos, videos, reports, etc. Send the information to info@marchemondiale.org

On April 24, 2022, after two years experiencing the effects of the Covid-19 pandemic, we take to the streets and social media to denounce the neoliberal and imperialist offensive that has once again advanced against the sovereignty of the peoples and their territories with its war industry and border restrictions. We struggle against all mechanisms that produce war!

Since 2013, we, as militants of the WMW, have organized around the world for 24 hours of international feminist solidarity against the power of transnational corporations. The date marks the episode of the Rana Plaza building collapse in Bangladesh, Asia, in 2013, when more than 1,000 women working in inhumane conditions for very low wages died and many were injured.

This year we will take to the streets and networks to say, once again, “no” to war and the war industry. As the World March of Women, we will continue to denounce wars, sanctions, and occupations in Palestine, Yemen, Afghanistan, Mali, Western Sahara, and other territories—and more recently Ukraine. Since 2010, in our third international action, we have proposed a critical take on the defense of peace and demilitarization.

The US, as a capitalist empire, has advanced even further under Joe Biden to impose its project as a global superpower, having NATO as its primary international war organization dedicated to exercising this power. The US government must be held accountable for what is happening, not only in Ukraine, Russia, and Afghanistan more recently, but also for the last 20 years of military escalation worldwide.

Militarized imperialism overrides the self-determination of countries and the sovereignty of the peoples, imposing free trade agreements and economic blockades; threatening food sovereignty, health, and education; driving the exploitation of common goods and the climate crisis through transnational corporations; promoting drug and people trafficking, racism and xenophobia; and politically and economically destabilizing everywhere it goes.

We have been organizing struggles all over the world against militarization, for an end to all wars. We need to unite to dismantle the power of NATO and abolish nuclear weapons to build an international peace process.

We will carry on the feminist struggle for peace until all women and territories are free!