April 24 – WMW in the Eat NATO for Breakfast #12 with Ruba Odeh, Bushra Khaliq and Yildiz Temürtürkan 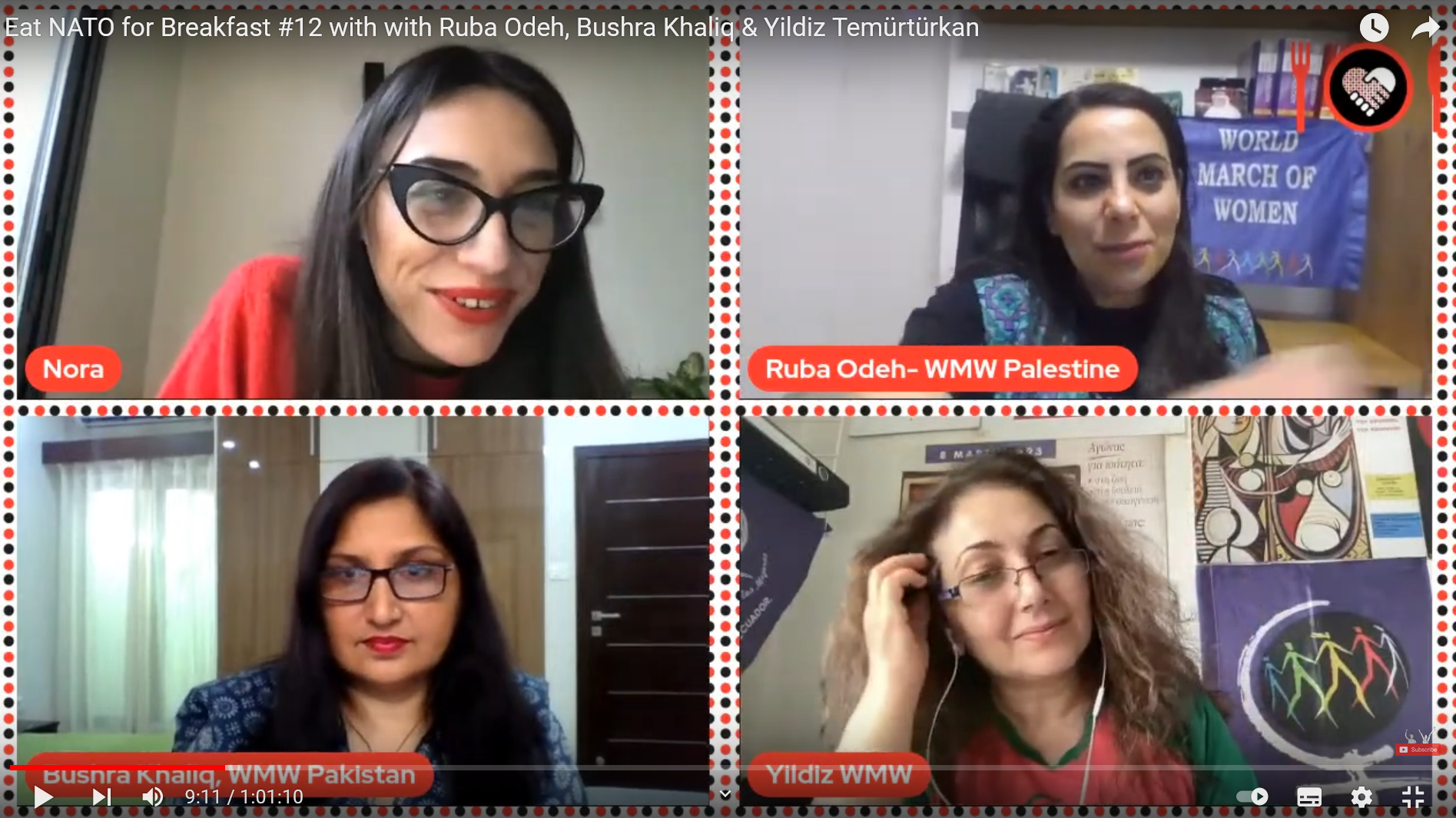 In view of the day of international feminist solidarity against the power of transnational corporations, Yildiz Temürtürkan (IS Coordinator), Ruba odeh (WMW Palestine and MENA IC member) and Bushra Khaliq (WMW Pakistan and Asia IC Member) from World March of Women participated in the program Eat NATO for Breakfast.

Eat NATO for Breakfast It’s a regular Saturday morning educational program brought to you by https://peacesummitmadrid.org and https://peoplesdispatch.org to inform you on what NATO is, details of NATO‘s upcoming agenda, NATO‘s impact on peoples and environment, NATO‘s history and its purpose.

With war, there will always be those who profit, as well as the movements that fight them. In this episode they talk about the interests behind supporting militarization and war: the transnational corporations that exploit natural resources and the war and border industry. They will also share our proposals and visions for a peaceful future from a feminist perspective:

Peoples Dispatch, formerly The Dawn News, is an international media project with the mission of bringing to you voices from people’s movements and organizations across the globe. Since its establishment three years ago, it has sought to ensure that the coverage of news from around the world is not restricted to the rhetoric of politicians and the fortunes of big companies but encompasses the richness and diversity of mobilizations from around the world.

Peoples Dispatch also seeks to bring to you breaking news from a perspective widely different from that of the mainstream media.