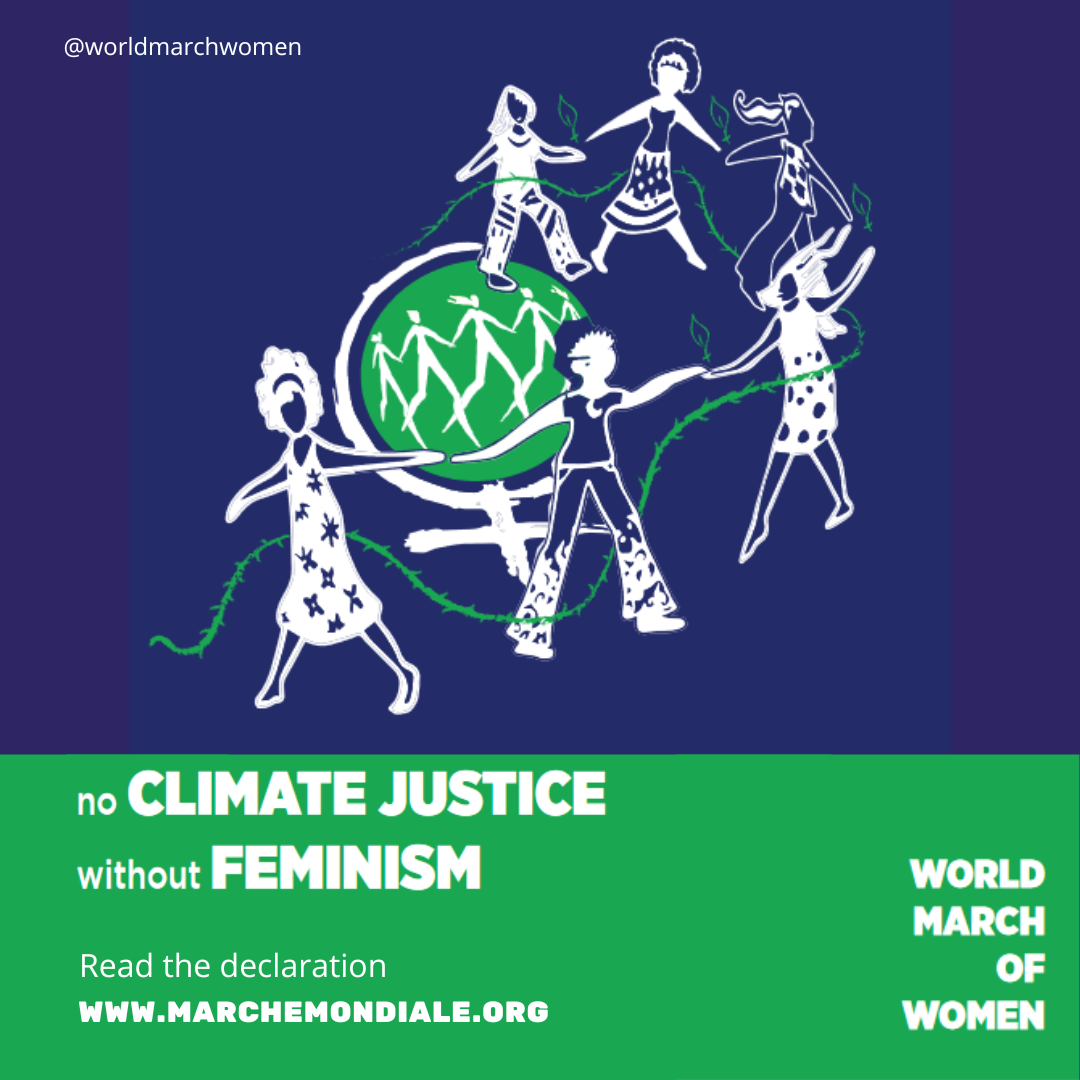 The negative effects of the climate crisis have started to be felt more and
more every day. While glaciers are melting in one part of the world, countries
in the other are struggling with high temperatures and drought. 47 percent
of the EU lands are facing a ‘warning’ drought. In China, the lowest water
level in 157 years was measured in the Yangzi River, which is the largest river
in the country due to drought. Only this summer, thousands of hectares of
land have been destroyed by fires in different parts of the world, and supply
chains failed because of it. While fires broke out in one part of the world,
floods and landslides occurred in other parts. Many people lost their lives
or were forced to leave their homes due to landslides and floods in India,
Pakistan, Bangladesh, Iran, and Australia. Climate change is also increasingly
becoming a factor behind displacement and migration. The consequences
of climate change are not only physical but also psychological, economic,
and political, and it is engendering further inequalities in our societies.
The effects of climate change, however, are felt most acutely by people who
are least responsible for causing the problem. Poor countries and populations
– women, first and foremost – are increasingly vulnerable to these catastrophes.
Poor women in rural areas and indigenous women are more dependent on
natural resources for their survival and, in many parts of the world, they are the
ones who are responsible for producing subsistence food staples, collecting
water, and caring for children and the elderly. Also, climate-induced migration
takes place disproportionately in poor countries and affects mostly women.
Leaving their homes due to natural disasters or environmental degradation
means heightened risks of various forms of violence, including sexual violence
for women. Also, the impacts of climate change have disastrous consequences
on their health, safety, rights, and their economic situation. All over the world,
the climate crisis could exacerbate inequalities in terms of access to healthcare,
healthy food, clean water, electricity, and more.
Calling out the guilty to ensure Climate Justice
In the face of this climate crisis, it is important that we think about how we
got here. Scientific data prove that the planet’s deterioration is closely linked
to the capitalist mode of production and the consumer model that goes
hand in hand with it. To achieve climate justice, it is important to emphasize
the historic responsibility of industrialized northern countries in our current
situation. The main carbon emitters were all colonial powers, namely the
U.S., Europe, Canada, and Australia have together accounted for more than
half of cumulative global emissions.
Colonial occupations and wars also play a central role in the massive
destruction of the planet’s ecology. Wars have numerous repercussions on nature: pollution from arms manufacturers and security system makers, the
environmental cost of maintaining armies and preparing for conflicts, the
effects of bombs and weapons of war on natural environments, and the
list goes on. Despite these facts, countries leading in emission production
and consumption deliberately prefer not to talk about the emission rates of
their military. For example, The US military’s emission exceeds that of nearly
140 countries, and also it is the world’s largest institutional consumer of
petroleum and, thus, the world’s largest institutional emitter of greenhouse
gases. In addition to the devastating effects of the ongoing war between
Russia and Ukraine on people, its effects on the climate crisis should also
need to be considered. This dangerous relationship between fossil fuels,
military missions, and war needs to end.
Instead of talking about these rates, countries started to talk about climate
change as a security issue, they started to address the climate crisis as a
national security threat. This kind of thinking implies that those who are the
most affected by climate change and those who had nothing to do with
contributing to the crisis and who are the victims of the climate crisis are
now being called “a threat” to countries’ national security. Now, the US, UK,
Canada, and Australia spending more than twice as much on arming their
borders compared to what they spend on climate finance. That’s why our
demand is not only the reducing emissions of the military but also to stop
military missions and wars. We should build a world together that tackles
our challenges across borders.
We refuse to bear the burden of the climate crisis on our shoulders.
Those who created the climate crisis must pay the bill for it!
In this year, the annual UN Climate Change Conference will be held in Egypt
from November 6th to 18th, 2022. This will be the 27th conference which
is commonly referred to as COP 27. We are all inching closer to a climate
catastrophe, but political leaders and major corporations are too immersed
in their competition for resources, markets, and geopolitical dominance to
take the necessary measures to save our planet. The solution to the climate
crisis will not come from those who caused the crisis. The climate crisis
cannot be discussed from a perspective that favors the interests of capital.
Capitalists, known for their projects realized by usurping our air, water,
lands, right to a healthy life, and democratic rights, are responsible for the
climate crisis. The results of the order of destruction and exploitation that
encompasses all areas of life are obvious.
Our feminist vision of the twofold issue of climate and the environment see
the destruction of nature as part of the very organization of capitalism, in its
never-ending quest for profit. It is not enough to observe that the impacts
of this system are worse for women. Our work is based on the finding that
capitalism uses patriarchal structures in its current process of accumulation.

As a result, we do not believe in actions that only aim to reduce the negative
impacts of the system of production. Instead, we want to develop our fight
to transform the structures that are responsible for unequal relations and
power struggles, by combining the perspectives of class, race, sexuality,
and gender. Because of this, we are arguing that a feminist approach to
climate justice is necessary.
The World March of Women fights for real change: Our plan is based on
strengthening the ties between women, and awareness-raising of the
concerns shared by all women, particularly locally, in the fight for changes
in consumer patterns and the capitalist system’s production model. Our
challenge entails uniting women’s struggles, both rural and urban, against
environmental inequality, in order to safeguard public services and common
goods, protect nature, and fight the privatization of our lives, among others.
Fights for food sovereignty, agro-ecological resistance (traditionally led by
women), the feminist politicization of the right to control one own body, the
construction of women’s autonomy, and the central importance of caring
for life and nature all combine to produce political convergences capable of
building a new paradigm of sustainable life, based on equality and concern
for future generations.
That’s why, as feminists, we are saying that;
There can be no Climate Justice without Feminism.

Nature Is Not a Commodity: An Agenda of Feminist Struggles

Article by Natália Lobo, of the World March of Women Brazil, criticizes the corporate strategies of financialization of nature