Feminist Solidarity with the people of Peru and Brazil 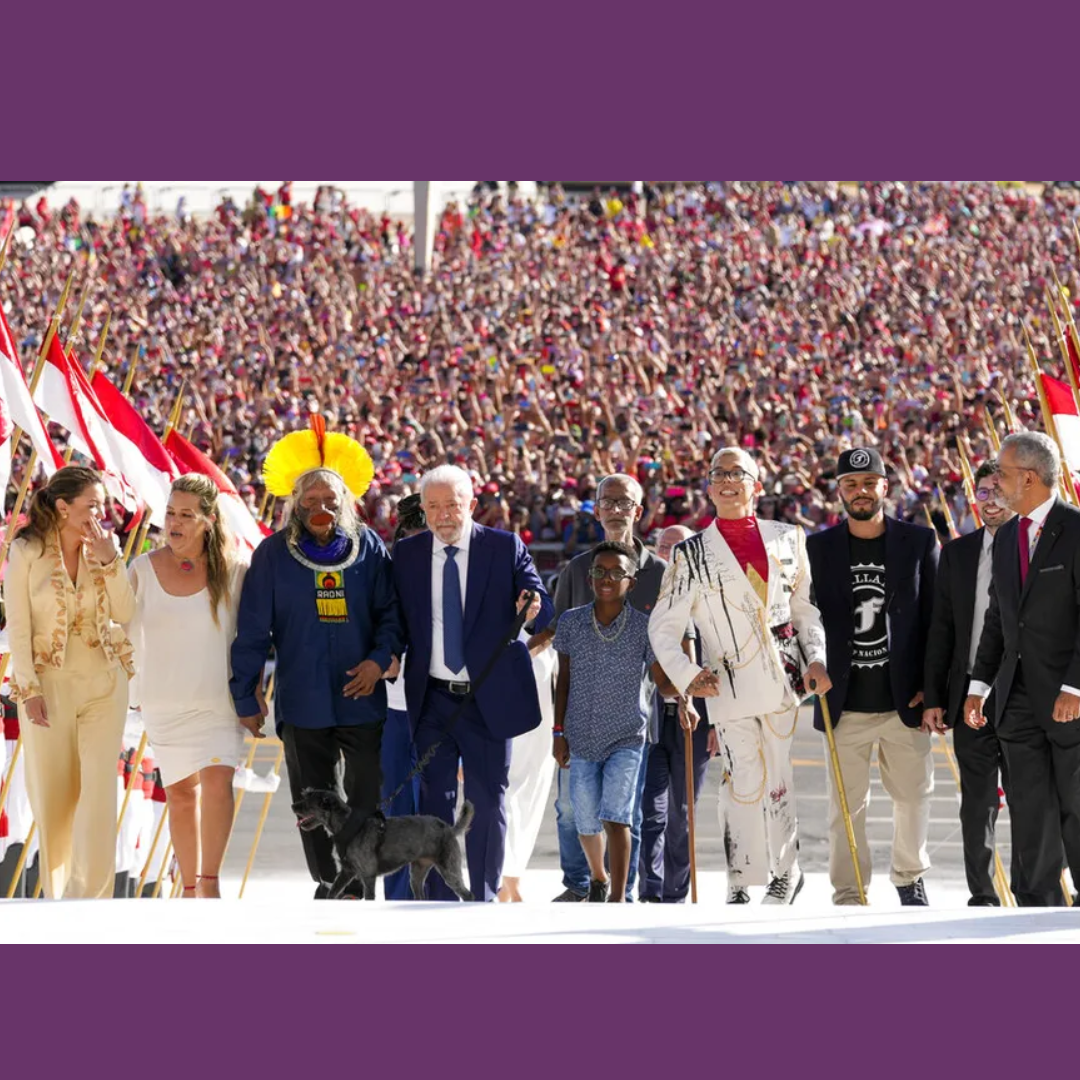 The World March of Women (WMW) embraces the Peruvian and Brazilian peoples, reiterating our feminist and class solidarity.

In Peru we see once again how the oligarchies, the ruling classes, the national and transnational economic powers are attacking the decisions of the people, when the governments are not servile to them. Read more about here.

Last December 7, the coup against the peasant and trade unionist president Pedro Castillo finally took place, because in the year of Prof. Castillo’s government there were constant attempts to overthrow him, they never let him govern. Since that date, the Peruvian people have been in the streets demanding the reinstatement of their president, denouncing the usurpation and the establishment of a dictatorship. To date, there are more than 45 victims of the repression of the Boluarte dictatorship.

The women of the WMW join the mourning of Peruvian families and communities, especially in the towns of Puno, Ayacucho and Cusco, we join the denunciations of the use of firearms against peaceful demonstrations and illegal detentions that Peruvian citizens are suffering. The demands for the closure of Congress, the resignation of Dina Boluarte, the release of Pedro Castillo and the Constituent Assembly made by the women, peasants, workers, students and workers of Peru, are legitimate demands of a people whose political rights have been violated.

Unfortunately, it is not only in Peru that fascism shows its claws in our America. Only a week after the inauguration of President Luiz Inácio Lula da Silva, we watched in horror as the extreme right tried to stage a state coup in Brazil.

The joy that the Brazilian people gave us on January 1st with the inauguration of a government committed to its people, headed by comrade and president Lula, was tarnished a week later with the brutal acts of vandalism by the Bolsonarist extreme right to the buildings that house the executive, legislative and judicial power in Brasilia.

The same script is repeated throughout the American continent when a government committed to good living and the sovereignties of the peoples assumes the task of governing, so we do not doubt the responsibility in the financing of these anti-democratic mobilizations of U.S. imperialism and transnational corporations, who are only interested in expropriating the commons and exploiting the peoples and their territories, as allowed by the genocidal Bolsonaro.

We join the demand of the WMW Brazil and the Brazilian social movement for no amnesty, thorough investigation and punishment of the coup perpetrators. We call for the unity of the popular movement and to continue united in confronting Bolsonaro’s fascism in the streets, to remain in permanent mobilization.

Never again a dictatorship in Brazil and in Latin America.
We will march until we are all free!