In solidarity with the people of the United States 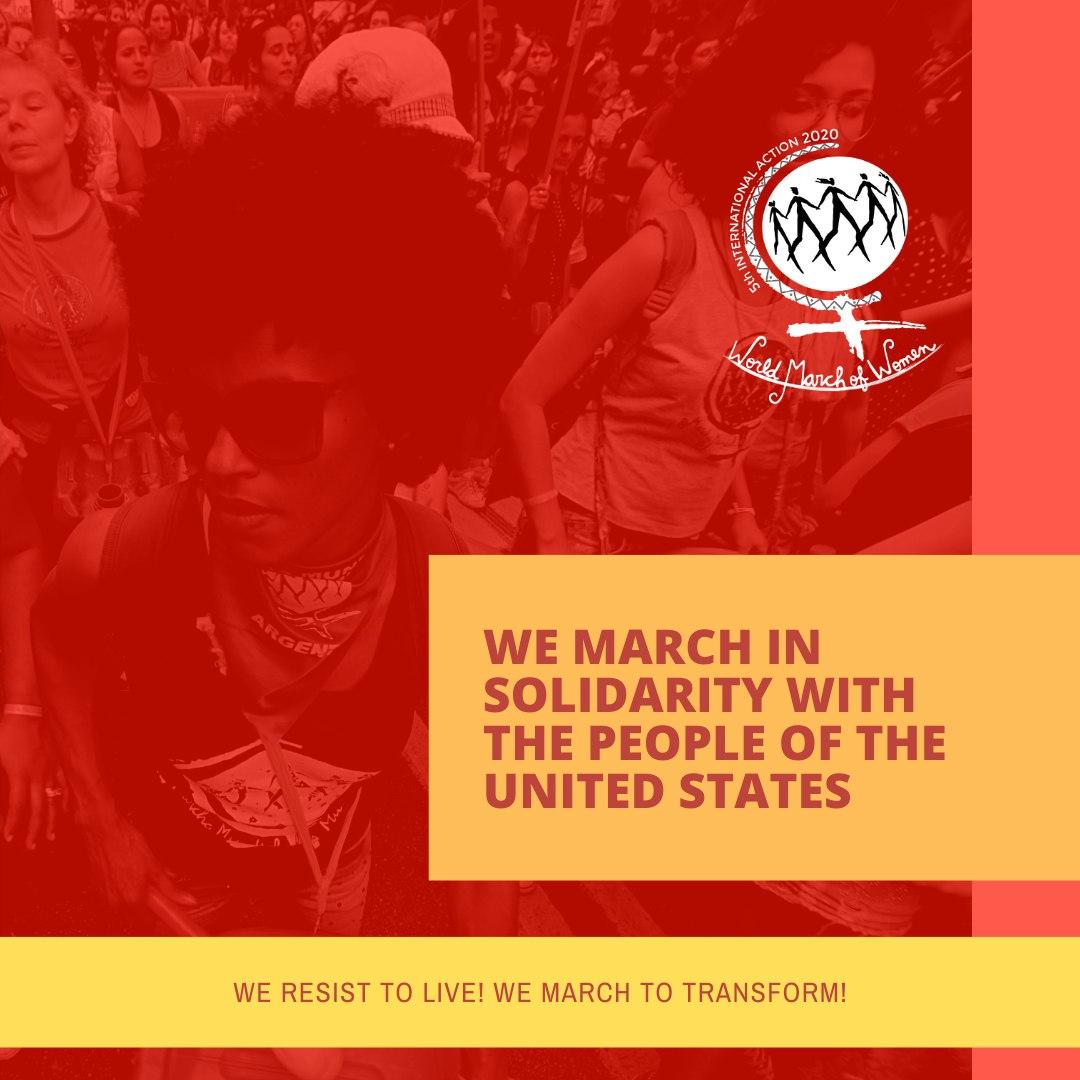 The Jornada Continental por la Democracia y Contra el Neoliberalismo (Continental Convening for Democracy and Against Neoliberalism)expresses its internationalist solidarity with the people of United States who resist today and rise up following the murder of George Floyd at the hands of that North American country’s police, and against racism and all of Trump administration’s atrocities.

American police forces exist since the days of the vigilantes in the South of that country, prepared to capture enslaved black people who fought to escape to their freedom. Those police forces were also in charge of preventing rebellions and uprisings, and, later, in the Civil War, their job was to deprive black people of their recently acquired right to vote. Today we witness the continuation of this very white supremacist order, which determines the life and death of black men, women, and transgender people at their will.

North American police was created to protect the interests and properties of the elites and ruling classes, in urban environments of the powerful as well as in rural areas inside the United States territory or outside of it, through police-military forces that serve to protect geopolitical interests at the expense of millions of lives of the people. To care for life one must divert from the resources that are used to finance state violence, war economies, and invasive and destructive extraction. That means disarming the 800 military bases in 80 countries around the world, and retrieving the half million soldiers that are posted in those places, violating the people’s sovereignty everywhere their death squads are deployed.

Demanding the cancellation of police subsidies is a priority, and those funds must be redirected to investing in the well-being of black communities and guaranteeing their rights, from forms of redistribution that integrate the principles forged in the women’s struggles and in a feminist, regenerative economy that acknowledges accumulated debt and makes fair effective reparations for the hundreds of years of police terrorism.

While in the face of the global health crisis – a consequence of the neoliberal pandemic – politicians deny the resources and public investments needed to confront the catastrophe, more than 105,000 people have died in the US because of the disease, 40 million have lost their jobs, and hundreds of thousands more cannot pay rent or afford healthcare. However, those very politicians at the service of neoliberalism display police and military force all over the country and in other parts of the planet, with astronomical amounts of investment, paying police for overtime, wasting on gas supplies and weapons to repress an interracial crowd that demands justice for the murders of innocent and black people at the hands of the very same police.

We reject the criminalization of protest that the United States president, the ultra right-wing Donald Trump, unleashed, who with his nefarious leadership personifies the racist state violence in the United States and outside its borders, as he embodies the politics of hate and militarism. The white supremacy that is imposed through all kinds of violent actions is a detonator of police violence toward black communities.

We want for this particular expression of solidarity with black communities and organizations in the North American country, with our allied organizations in the US, and in general with the US people who resist with courage and dignity, to in turn become a call for the processes, organizations, and movements of the whole world to support the just anti-racist, anti-colonialist, and anti-patriarchal struggle, for a change to the system that kills comrades for their skin color, their class, gender, or sexual identity, and, lastly, for not bowing down to their domination model.

We call on all international social organizations and movements to express their internationalist solidarity with the people who resist in the United States.

We continue to fight!