No to the Zionist annexation plan! Free Palestine! 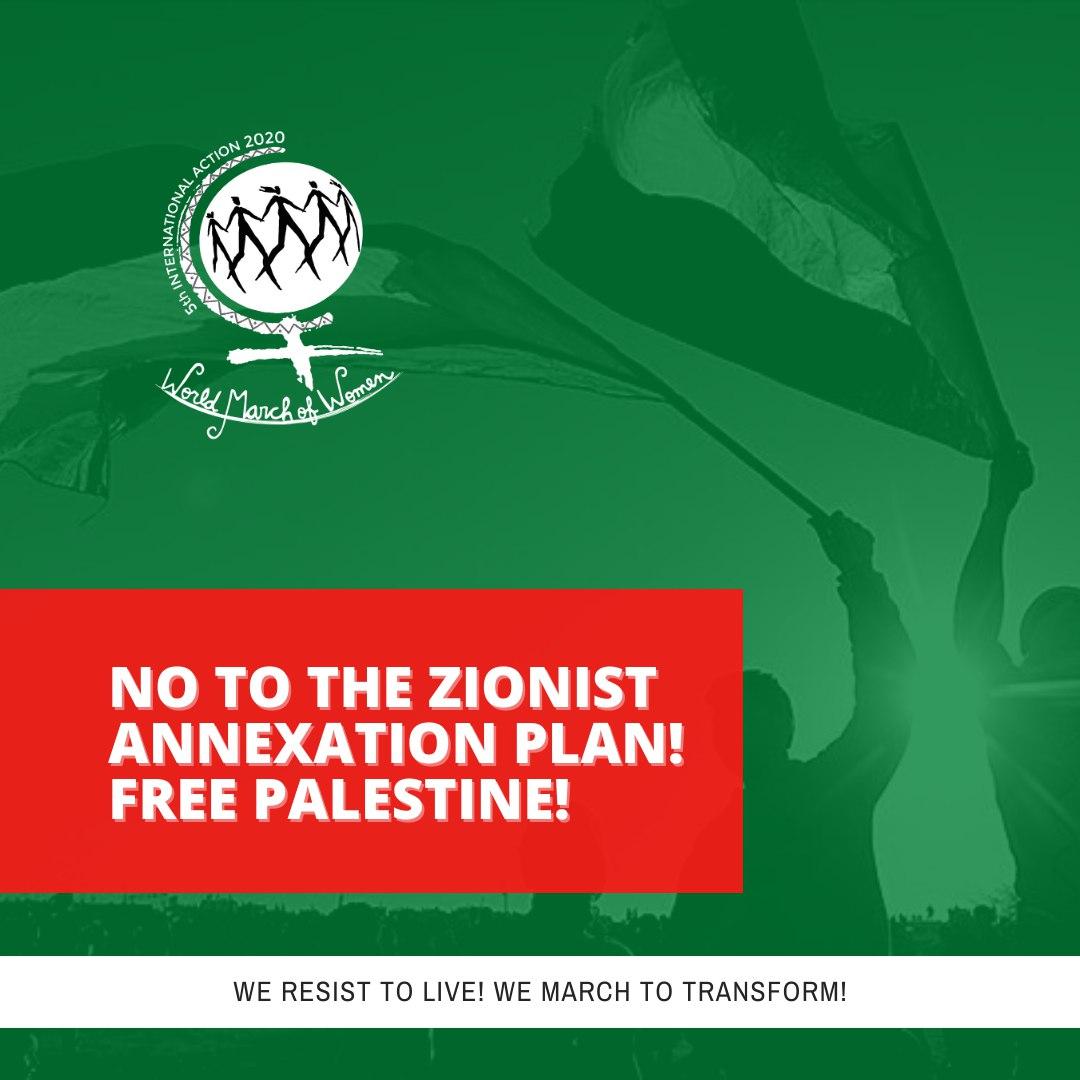 Yesterday, 1 July, the Israeli government would begin the annexation of parts of the occupied West Bank and the Jordan Valley, where 65,000 palestinians live. This is the latest attack on the rights and freedom of the Palestinian people who have been resisting the occupation for decades. Israel intends to usurp land where illegal settlements were built, often involving the forced displacement of many people.

Now, the zionist occupation announces the postponement of the annexation date it had previously set. Israel is awaiting the green light it requested from Washington to start extending its sovereignty over parts of the West Bank, which are Palestinian lands. The root of the Zionist project is the cancellation of Palestinian people’s rights and their confination in reserves under the authority of Israeli security and economy.

Israel’s actions violate international law and the Geneva Convention on War Crimes. Michael Lynk, Special Rapporteur from UN to assess the human rights situation in the Occupied Palestinian Territory, states that the Israeli plan constitutes an “apartheid of the 21st century”. Our Palestinian sisters and their people will resist this further colonialist aggression – and we join their resistance.

See the video made by the International Week of Anti-Imperialist struggle.