Women in Turkey for a life with equality and freedom 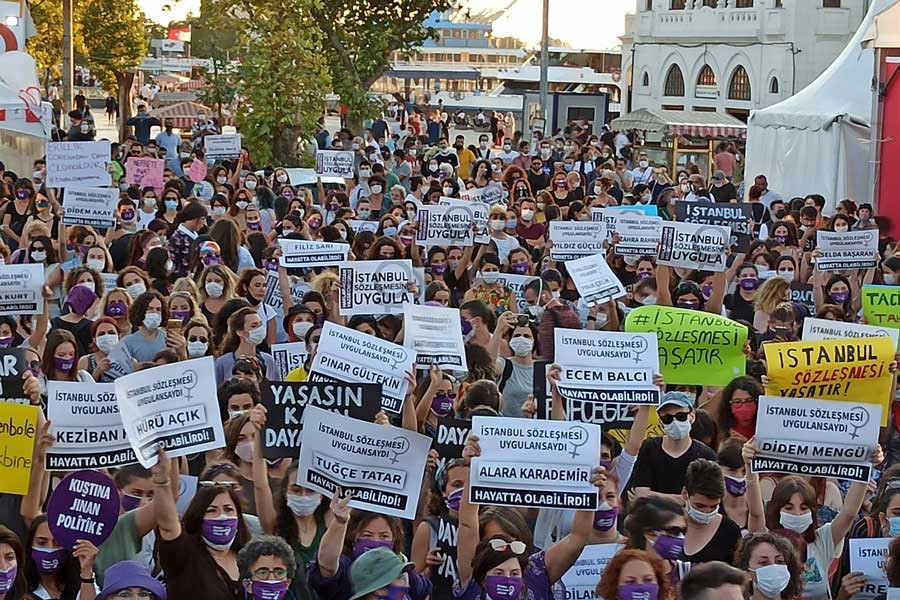 The Women’s Platform for Equality of Turkey, formed by 312 women’s organizations and LGBTI+, released at the end of August five urgent demands for all provisions of the Istanbul Convention to be implemented in that country.

The statement is a reaction to pressure from conservative and religious groups for the country to withdraw from the Council of Europe Convention on Preventing and Combating Violence against Women and Domestic Violence, signed in 2011 in Istanbul, and the government’s refusal to hear the movements’ position on the matter.

“We give up not a single article of the Istanbul Convention! (…) We publicly declare our five urgent demands to be met by the government without delay, in an effort to inform the public, all political parties, all decision-makers, and everyone who wants to live in a democratic state based on the rule of law”, says the statement. The demands are the following:

“1. stop ravaging our equal citizenship rights; 2. put an end to the talks and actions that threaten our hard-won rights; 3. implement an emergency action plan towards realizing our right to a violence-free life at home, at work, on the street, and in all aspects of life; 4. make the education system egalitarian, non-discriminatory, scientific, and free for all; 5. implement effective policies to provide equal employment opportunities, daycare, and mechanisms to prevent violence in the workplace.”

The World March of Women is part of the Platform and, as in other countries, fights against the regression that governments and conservatives intend to impose on women’s rights and for a life filled with peace and hope, and in which we are equal and free.

WomensPlatformforEquality_Demands_Aug-23_CleanDownload
Skip back to main navigation