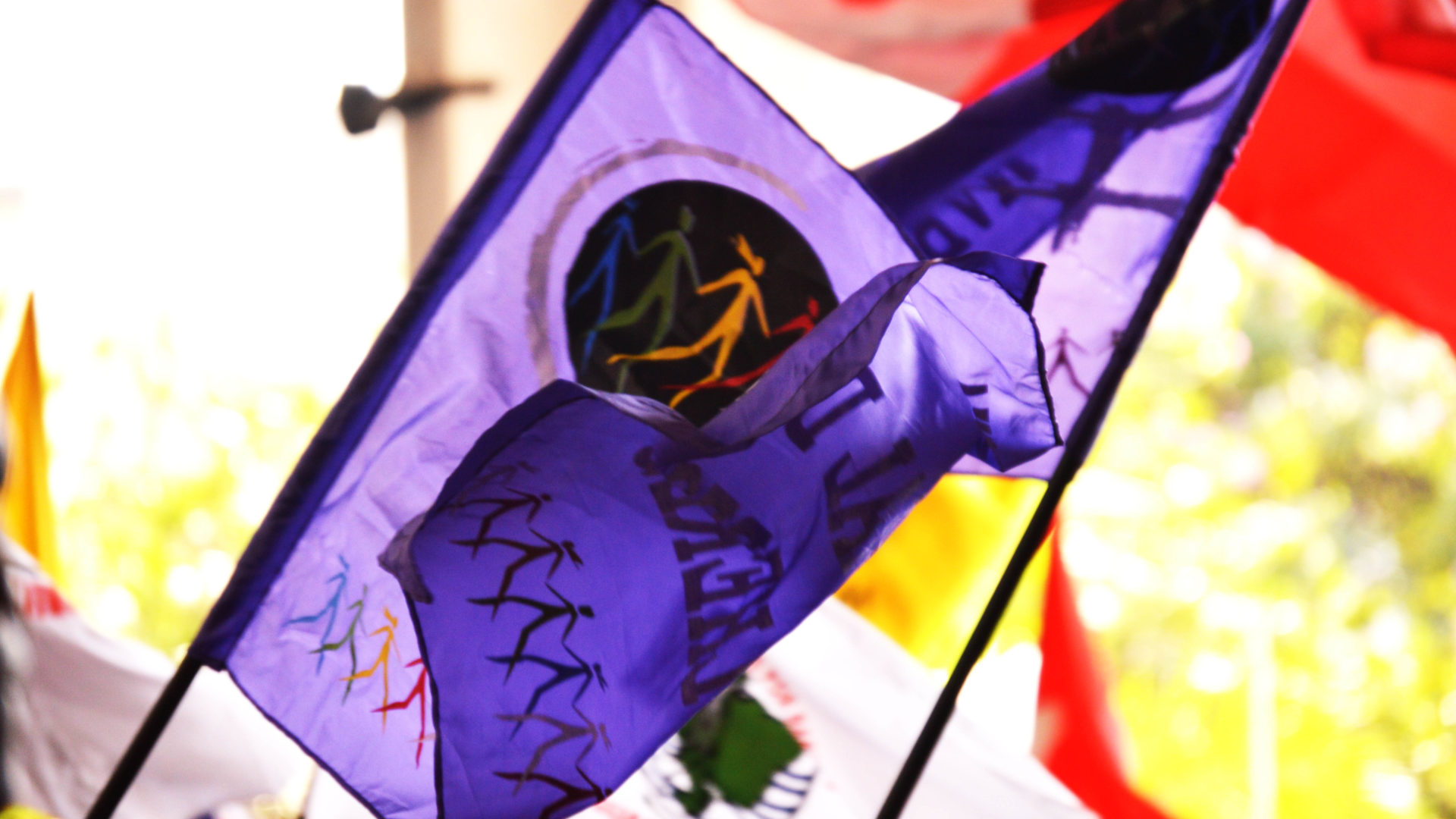 In Brazil, the Philippines, Pakistan, Turkey, women of the World March of Women participate in movements against the violence and the setbacks and for rights. We resist to live, we march to transform!

In Brazil, the National Front Against the Criminalization of Women and for the Legalization of Abortion launched the campaign Feminist Alert, against the pact of ultra-right forces to destroy the legal abortion services that serve women and girls victims of violence in the public health system (SUS). The objective of these forces, which are part of the Bolsonaro government, is to totally criminalize the practice of abortion in Brazil. The women’s movements denounce this fundamentalist neoliberal offensive. For “a feminist, anti-racist action, against all kinds of oppression, for rights, for lives free of violence, in the firm defense of the struggle for abortion legalization and for Reproductive Justice,” says the campaign, which calls for a street demonstration in the 28th of September, Day of Fight for Decriminalization and Legalization of Abortion.

In Pakistan, the March demonstrated with the civil society against violence and the police apathy after the group rape of a woman whose car, in which she was going with her two children, ran out of gas on a Lahore motorway.

In the Philippines, one of the struggles is against the Anti-Terror Act. A front of women’s organizations presented a 37th petition against Anti-Terror Act, signed by 11 women’s organizations and 16 individual women from different sectors. (Doctors, writers, journalists, teachers, students, poets, professors, journalists, lawyers, human rights advocates, film makers/songwriters, sector leaderships). “During the filing, we were harassed, threatened, surrounded by more or less 30 police. But we remained steadfast; unintimidated. The Anti-Terror Act intends to silence criticism. Silence breeds impunity. Impunity breeds violence”, they wrote. “Thus, we will not be silenced. We shall resist and persist.”

In Turkey, the Women’s Platform for Equality of Turkey, formed by 312 women’s organizations and LGBTI+, released at the end of August five urgent demands for all provisions of the Istanbul Convention to be implemented in that country. The statement is a reaction to pressure from conservative and religious groups for the country to withdraw from the Council of Europe Convention on Preventing and Combating Violence against Women and Domestic Violence, signed in 2011 in Istanbul, and the government’s refusal to hear the movements’ position on the matter.