Building bridges and alternatives: the fifth international action of the WMW in the Basque Country. 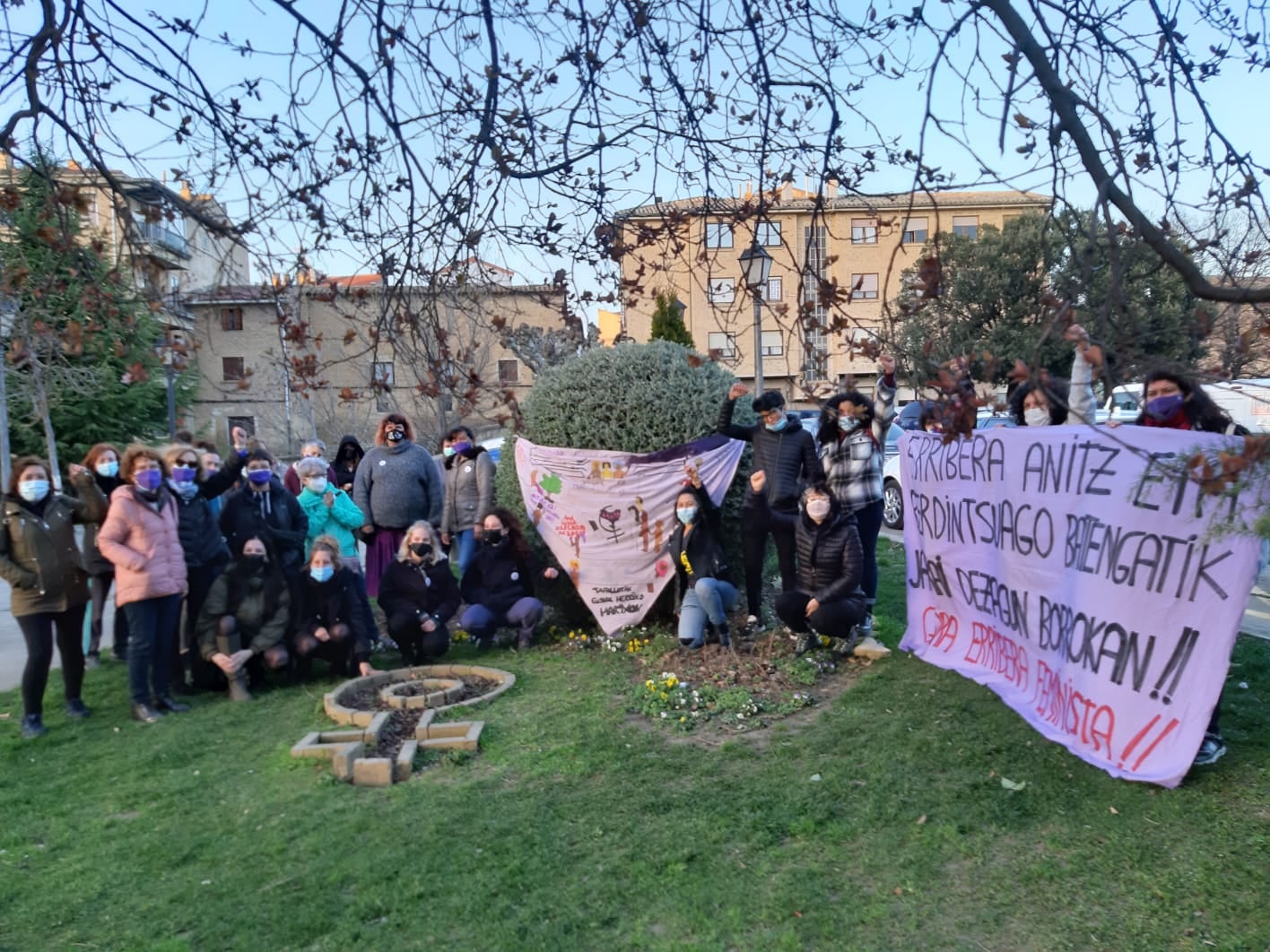 From October 17th of last year until March 6th of this year, the WMW sisters of the Basque Country were engaged in the construction of the 5th International Action in their region. The action, which is still going on, is full of political debates about the capitalist, patriarchal and racist system that builds walls between peoples and bridges that only some can cross.

About the action, we talked to Luciana Alfaro Lavado, from the WMW in the Basque Country, so she could tell us a little more about the action and its objectives.

1) Why did you decide to carry out this action, with this duration from October to March, and with these debates?

We decided to carry out the fifth action of the WMW from October 17, 2020, just when the action at the international level ended, because it was almost impossible to mobilize in 2020 due to the pandemic situation. That made us decide to carry out this process in the March’s dynamizing group in the Basque Country and later in the open assembly. That is why we started on October 17 and extended it until March 6 of this year. For us it is important to carry out this process because these are issues that the feminist movement must take into account, and it has to make them part of its political agenda. It is not possible for the feminist movement not to have a critical reading of what is happening in Europe, with borders, with migrations.

2) What are the objectives of the action? acción?

The objectives we have set ourselves in this fifth action is to make visible, to denounce migration and border policies as racist migration policies. We also want to denounce the corporate power of transnational corporations. We understand both border policies and corporate power as tools of the heteropatriarchal, racist, capitalist, colonial system. We also want to invite the feminists of the different collectives and peoples of Euskal Herria to identify the privileges on which the well being of Europe is based. And the responsibilities that we have here on that logic. We want to try to open cracks to that system by proposing both personal and collective alternatives.

3) What are/will be the actions that make up this great action? I saw on your page that you are doing political formations, until February 17?

For the WMW of the Basque Country it has been very important during this action the emphasis that we have given to the political contents. In this sense, we have prepared a dossier with the political contents of the fifth action. Groups of migrants, migrant women and racialized people in the Basque Country have participated in the elaboration of this dossier. It is a document that we think will contribute to the objectives that we have set as WMW here. In addition, to complement and further deepen the reflection on borders, on racism, on transnationals, we have also scheduled three online trainings. The first one was held on January 13 and was on political borders and migration policies. The second one was held on February 3 and we worked on the issue of corporate power of transnationals. The last training was held on February 17 and was on racism.

4) What is the objective with the use of the handkerchiefs? What is their relationship with the creation of bridges between peoples?

The symbol that we are using in this fifth action are the handkerchiefs and the bridges. About the bridges, I think we have complexified the meaning they have, depending on who crosses them. Thus, we have bridges that serve to connect peoples, but we also have bridges that capitalism has built and that only serve to transport merchandise. We have bridges that only white bodies can cross, while, for other people, non-white people, those bridges become scenarios of violence – even where people, in that case, people who are migrating, lose their lives.

Bridges that once served to connect people have indeed become bridge-walls. And that is where we are going to symbolically use the handkerchiefs. On the scarves, every feminist collective in every town will write a commitment, a concrete action to fissure, to break, to crack the racist colonial and heteropatriarchal capitalist system.