The cycle of injustice, exploitation and oppression will be broken. 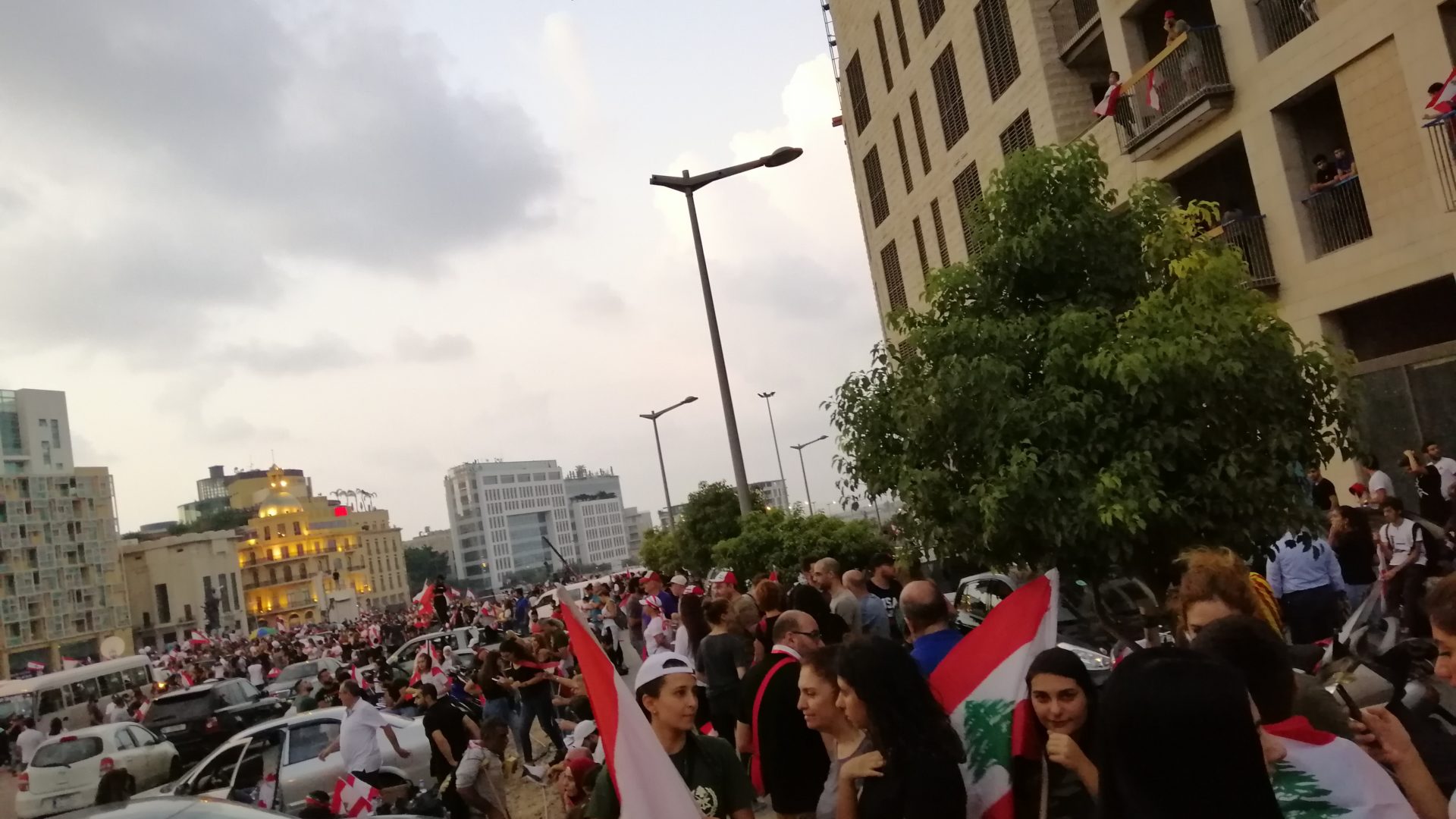 Due to the destructive neoliberal economic policies which eliminated what was left of the Lebanese economy after the end of the civil war and created an unproductive rentier economy, relying mainly on services in the form of the banking sector -with the approval, participation, and use of all political parties in power, even those which consider themselves not concerned with the economy- Lebanon has reached economic collapse. The World Bank considers it one of the worst cases in the world, and it is the worst ever in the history of the Lebanese state.

About 10 months ago, the uprising began in Lebanon, declaring not only an economic meltdown but a rejection of silence and acquiescence. During the uprising-intifada, demands rose ranging from changing economic policies and the form of political representation to unjust laws against women. In conjunction with the economic crisis, and while the authority – represented by ministers and representatives, party leaders, bankers and the Governor of the Bank of Lebanon – refuses to change economic policies and release people ’deposits in banks, the Corona pandemic came to expose the absence of health and social infrastructures. At a time when the Lebanese pound is collapsing in a dramatic way, the Lebanese state is interpreting the reality with unrealistic and unscientific analyzes, thus ruminating fake conspiracies, considering refugees to be the cause of the crisis, and accusing people of “storing dollars in their houses.”

Moreover, the Lebanese state goes on applying the same economic policies, root cause of the crisis. Indeed, after the end of the coronavirus-caused lockdown, it adopted mcArtheist tactics, shaming female activists, accusing all those opposing it to be supportive of Zionism, and putting political activists them under investigation under the pretexts of tarnishing Lebanon’s image.

At the same time, while the current government representing parties in power was moving towards negotiations with the International Monetary Fund for its looting reforms, it failed even to provide files and numbers that correspond to the current situation, in a way that each team presented different and conflicting numbers about the Lebanese economy, which led to the IMF’s refusal to negotiate with a group that doesn’t even know how to hide its lies.

While the failure of negotiations with the IMF appears to be a victory for the working class, women and the marginalized, the alternative is worse. The hegemonic power clings to the neoliberal capitalist model, which means it is working towards sacrificing the disenfranchised communities in order to preserve its gains and benefits, ruminating magic solutions after stupid deals, succeeding only in selling dreams to its fans.

The situation of the working class has been further aggravated to the point where today access to food and shelter, not to mention medical support and education, has become quasi impossible. The current security grip also plays its role in intimidating people from taking to the street. Through all this madness, the state is sliding steadily and quickly towards totalitarianism.

One of the features of totalitarianism is the restriction of personal freedoms, including policing women’s bodies and movements. This includes vilifying the political activism of women, launching attacks on women’s bodies on the beaches and linking “nudity” to god’s wrath and thus the economic meltdown and pandemic, and dismissing our demands as western, secondary and superfluous in times of great economic and political unrest.

This started during the intifada, when the mainstream media demonized the women of the intifada portraying them as prostitutes and “street girls”. Today, in light of the diminishing strength of the uprising to the horror of the economic crisis and the of the security grip, religious parties are chasing women on the seashore and the banks of the rivers in the south, hiking in the hills, attempting to produce a religious discourse which threatens women, their bodies and their rights.

On the other hand, as women are forced to bear the brunt of the Corona pandemic and the economic meltdown, female refugee and migrant workers bear additional burdens. While Palestinian and Syrian refugee women in Lebanon have been deprived of their basic economic rights for years -in addition to the many forms of exploitation and racism they suffer from- the assistance of international institutions today has been reduced and has become almost non-existent. Lebanon has also witnessed a great injustice against female migrant workers, especially those who work in the field of domestic work, as they have been languishing for years under the inhuman conditions of the Kafala system. Today they are thrown in the streets because of the absence of job opportunities and their employers abandoning them on the pretext of the economic crisis.

It is natural for hegemony to increase its oppression and subjugation to the people, and it is also natural for new communities, communities which were never opposed to this authority to join the ranks of the uprising. It is only natural that, in light of all this, a day will come when the cycle of injustice, exploitation and oppression will be broken.

Report from the WMW Lebanon